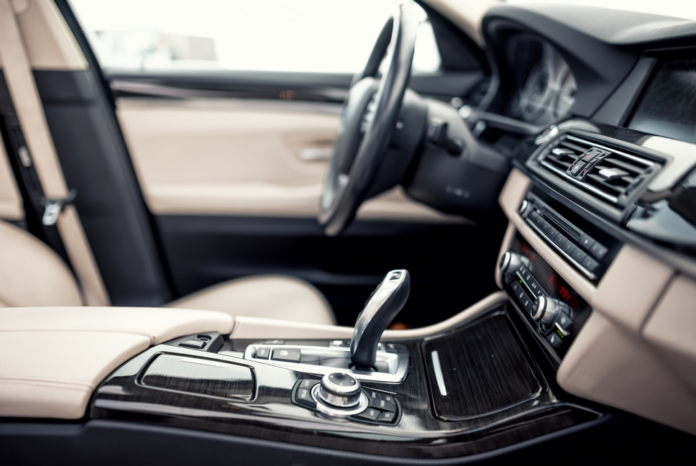 When the muscle car was born in 1949, it was not conceived as a hyper-expensive automobile. Muscle cars were typically stock mid-sized sedan models that had been fitted with extremely powerful high, capacity engines. For the first time in history, young Americans could afford to purchase high-performance vehicles. Classic muscle cars cost a fraction of the price of more conventional performance sports vehicles. A brand new Ferrari GTO would set a person back around 18,000 dollars in 1963. That is the equivalent of about 153,000 dollars in today’s money. For just a fraction of that cost, a young person could purchase an Oldsmobile or Chevrolet muscle car that offered stunning acceleration. The good price to performance ratio of early muscle cars cemented them as the ultimate working man’s speed mobile.

Today, muscle cars are not exactly cheap and cheerful. Perhaps due to the massive cultural impact they had on mid-century American culture, muscle cars are very expensive indeed, and they are highly coveted by collectors who are willing and able to put the money into them. A classic muscle car in working order can set a piston head back over 100,000 dollars. Muscle cars are collector items in modern America. They are not particularly useful for everyday driving due to their extremely high consumption of gasoline and their tendency to break down. Instead, collectors use them at rallies and events – only occasionally taking out their precious steeds of steel and leather. Some muscle cars have started to fetch rather absurd prices. This is usually down to one of three factors: rarity, performance, and cultural significance. Here is a rundown of some of the most expensive American muscle cars on the market today.

In the 1960s and early 1970s, stock car racing was one of the most popular motorsports in the United States of America. Stock car racing organizations like NASCAR had very strict regulations about what vehicles could technically be considered ‘stock’. Car manufacturers had to offer a minimum of 50 vehicles to the public if their car was going to be considered eligible for stock car racing. This regulation led to some absolutely beastly performance cars being released to the public in very limited numbers – often with regular-looking muscle car exterior frames.

The 1970 Chevrolet Chevelle SS 454 was one of these rare race-bound beasts released into the wild. It certainly packed a punch, and although it was not particularly successful in stock car racing, it was certainly an amazingly fast road vehicle. In 2006, one of these cars sold for a stunning 1.2 million dollars. Just a few years later, however, it was sold again for only (?!) 600,000 bucks. The Chevelle SS 454 was based on the ubiquitous Chevelle chassis, which had been Chevrolet’s flagship mid-sized car throughout the 1960s. Automobile manufacturers often produced high-performance versions of their standard cars with the hope of drawing people into showrooms and selling them the more standard, affordable models.

Carroll Shelby is one of the most famous names in American car tuning. The racing driver, mechanic, and designer has been described as the ’20th century Midas’ for his work in turning decidedly average vehicles into performance powerhouses. Shelby was a noted racing driver: winning the Le Mans 24-hour race for Aston Martin in 1959 and driving for rivals Ferrari to great acclaim. He continued racing until his heart condition prevented him from safely doing so in 1962, at which point he turned his attention to the creation of a great American performance car.

Shelby chose the most unlikely chassis for his performance beast: the diminutive AC Ace – a stylish but sluggish English car. He swapped out the Bristol engine for a Ford block that produced far more power. Alongside various aerodynamic enhancements, the addition of a new engine made the AC ace into an entirely new racing beast: the Shelby Cobra. Shelby Cobras dominated the racing scene in the USA for many years and had some great success at Le Mans. Production models were created for street use: largely to make the Cobra legal for use in stock car races like NASCAR. They were not exactly common or cheap, but they were immensely popular with some of the more wealthy muscle car enthusiasts during the golden age. The Cobra had power, a lightweight, and plenty of American gusto – all features favored by enthusiasts like Mike Savage, a New Canaan resident. Today, intact Cobras are worth vast sums of money. A mint condition Shelby machine sold at a 2015  auction for over 1.5 million dollars.

The Chevrolet Stingray is a truly iconic muscle car. Aesthetically, Chevrolet produced quite a bizarre-looking vehicle that had somewhat aquatic visual cues. Whether or whether not this was in response to the immense popularity of surf at the time, we will never know. While the aesthetics of the car certainly drew consumers in, it was what lay underneath the bonnet that got 1960s muscle car enthusiasts chomping at the bit. Speaking of ‘chomping at the bit’, this car contained a lot of proverbial horses. Its L71 engine combined with a patented ‘tri power’ intake manifold could generate a whopping 435 BHP. As if this was not enough, Chevrolet also manufactured a select few cars with an even more powerful L88 engine.

Only 20 of these cars were ever produced, and the option was not advertised to the public. Instead, many of these rare bests were given away or sold to racing teams around America. Chevrolet wanted to limit the use of this machine to serious race teams in order to protect the public image of the company. L88 powered. Stingrays are incredibly rare and sought after, which might go some of the way to explaining why a convertible L88-powered example sold for 3.2 million dollars. Corvsport magazine described the 1967 L88 Stingray Corvette as the ‘holy grail’ of collectible Chevrolets.

All Hemi-powered Barracudas fetch a rather large price, but one example, in particular, was sold at auction for 3.5 million dollars in 2014. Why? You might ask. Well, for starters, any Barracuda released in 1971 is going to be rare: only 11 of these machines were built by Chrysler in that year for reasons known only to the Detroit Illuminati. Secondly, this was the only 1971 Barracuda that still had all of the matching original part numbers intact. This included the 4-speed transmission, shifter, original 426 V8 engine, and 6 barreled carburetors.

The car has a rather illustrious and seedy history. It was initially owned by the famous filmmaker Russ Meyer. Meyer made a name for himself, producing sexploitation films such as ‘Faster Pussycat, Kill, Kill!’. He has been described by the legendary director John Waters as being the ‘Eisenstein of sex films’. High praise from the king of smut himself. Meyer had a fondness for muscle cars and purchased this rare beast during his filmmaking heyday. Meyer sold his car on to a man in Oregon, but it was later seized as part of a drug raid on that very buyer. Police sold the car at auction for 405,000 dollars. The subsequent buyer restored the vehicle to its former glory, which contributed significantly to its frankly ridiculous modern price tag. The original paint job was restored, and the leather reupholstered. Unfortunately, due to the sheer value of this car, it is unlikely that it will ever be seen cruising through the desert again. Instead, it may end up being more of an investment piece for the person or business that claimed it at auction.

Shelby-tuned Mustangs are the most prized ‘ponies’ out there. Shelby took the regular Ford Mustang and turned it into a thoroughbred performance machine. Shelby Mustangs were not as affordable as their Ford-produced cousins, but they were far more refined cars. Shelby had a knack for simplifying a vehicle’s design in order to create a more dedicated performance machine. The Mustang GT 500 R had massive air intakes and an unusually boxy appearance, which appealed massively to muscle car enthusiasts. The car featured a 400-horsepower V8 engine that gave it real oomph on the track or on the lonely desert highways of Southwestern America. Shelby Mustangs typically go for high prices, but one particular example takes the cake.

The 1969 Shelby Mustang Gt 500 R ‘Eleanor’ went for 1 million dollars largely thanks to one man: Nicholas Cage. Cage had driven the unique car in the film ‘Gone In 60 Seconds’. While the film was a torrid affair, Cage’s performance in it gained a sizable cult following for the flick. The film tells the story of a master car thief that must come back to do one last job: steal 50 cars in one night. Cage displayed his usual shamanic brilliance in the film. The acting pedigree of the car boosted the price of this vehicle when it was sold on.

Car Security: How to Keep Your Vehicle Safe