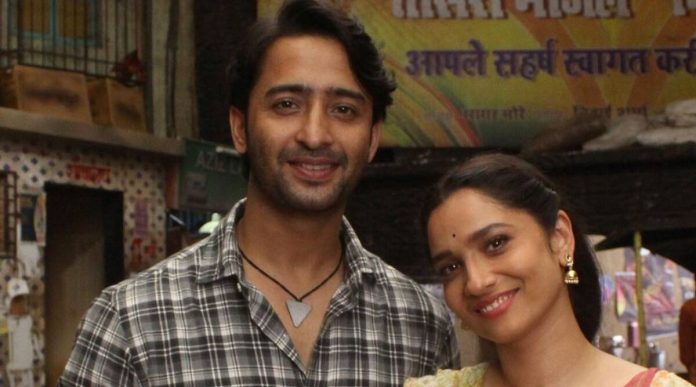 The recent announcement of Pavitra Rishta has brought back truckloads of memories, happy tears, and dher sara nostalgia! The show has returned with its iconic love story of Archana and Manav after 12 years par ek naye andaaz mein. This time around, you will get to witness this heartwarming tale starring some of the well-known actors of the industry on ALTBalaji.

Actors, Ankita Lokhande and Shaheer Sheikh will be seen in titular roles in the show. While Lokhande is super stoked to reprise her role as Archana, Sheikh happens to be a tad nervous to fill the shoes of Manav. Shaheer recently told The Quint, “I honestly was not sure in the beginning. And there is a lot of expectations. That creates pressure on me, which is still there. Till the time the show doesn’t come out and people don’t see it and approve or disapprove, there will be a lot of pressure. I mean, the moment you start talking about it, my heart starts racing. I don’t really know what I can say right now”

Although Shaheer feels the pressure of stepping into Manav’s shoes, fans have been praising his on-screen chemistry with Ankita Lokhande. Here, take a look:

Another fan who was in praises of the entire team of Pavitra Rishta wrote, “The entire cast and crew of #PavitraRishta2 deserve a huge round of applause and appreciation for putting up such a beautiful tale of love.. just so beautiful, the BGMs, dialogues, concept everything was just so innocent, pure and filled with love.”

Some of the fans were even seen dropping heartfelt comments on Instagram. While many of them showered their love on the lead pair of the show, the rest of them expressed their anticipation to watch the Pavitra Rishta web series.

Saanvimaginesxx: Still get goosebumps when I watch it 🥺✨

Toh clear hai na, boss? The upcoming ALTBalaji web series titled Pavitra Rishta is one of the highly anticipated shows for several reasons. Well, for starters, due to the unmissable chemistry between Shaheer and Ankita, of course!

The on-screen couple will be seen fighting the odds to prove their love in Pavitra Rishta. Their heartwarming tale of love, romance, companionship, and marriage will most definitely bring tears to your eyes. You’ll see! :’)

So, get ready to witness their beautiful chemistry on 10th November on ALTBalaji. To watch them recreate magic on-screen, all you have to do is download the app, pay only 80 paise per day, and voila. You’re all set to watch Archana and Manav in Pavitra Rishta online. Thank us, later! 😀

6 Mistakes in Selling Homes and How to Avoid Them