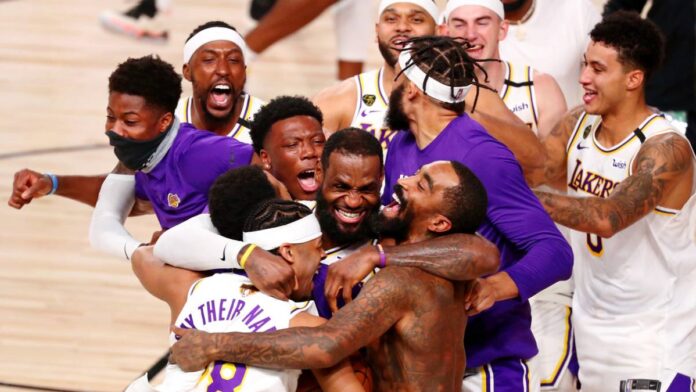 The NBA Regular Season is getting close to reaching its conclusion and the NBA Playoffs are right around the corner. There is no greater time than the present to talk about the top teams and discuss whether or not they are built to win the 2021-22 NBA Championship. The odds are all provided by BetUs Sportsbook so make sure to keep that in mind as other sportsbooks can have different odds.

The consensus favorite to win the NBA Championship this season is the team with the best record and is coming off a NBA Finals loss a season ago. This team has been dominant, even with the injury to Chris Paul that has kept him out since the All-Star Game but is expected to make a return potentially before the end of the regular season.

However in the 10 games that Paul has missed, shooting guard Devin Booker has taken his play to that next level. The Suns are 7-3 in that span while he is averaging 28.2 points, seven assists, 4.8 rebounds, 1.9 steals while having a shooting slash line of 52.5/41.1/93 so he has shown the ability to lead a winning team. The Suns are well coached with Monty Williams and it should be a great chance to get there with this hungry team.

The Brooklyn Nets are the favorites to come out of the Eastern Conference, despite currently being placed in the play-in tournament. With the NYC vaccine mandate, Kyrie Irving is still unavailable to play in Brooklyn as of this writing. Ben Simmons is also dealing with a herniated disc in his back but the Nets are still talking as if he can return to the court before the playoffs start.

However, it starts and ends with Kevin Durant and when he is healthy, the Nets are an incredible threat to dominate by himself. Brooklyn is heating up as they have won six of their previous seven games and are averaging 112.1 points per game throughout the year despite the constant injuries. However, a team with Patty Mills, Seth Curry, Goran Dragic, and Kyrie Irving is going to have incredible shooting and they also have veteran bigs in Andre Drummond, Blake Griffin, and LaMarcus Aldridge that can limit what powerful centers and big men can do. The Nets make sense to win the NBA Championship and at +500, it seems like a potential steal.

The final team we are going to be talking about today is the Golden State Warriors and they are right there in the odds to win the title. They have a championship DNA with the main core of Steph Curry, Klay Thompson, and Draymond Green together once again. However,  Steph Curry is hurt with a foot injury and has been struggling to find his shot this season and Klay Thompson is not necessarily looking like the old Klay Thompson. They have been a middle-of-the-pack offense as they are 14th in the sport with 110.9 points per game. There is another week before Steph Curry is re-evaluated and is getting up there in age as he is now 34 years old. This team is a great regular season team but they are not going to be a great postseason team this season in a tougher Western Conference than they are used to.

Outside of the Nets and the Suns, I do not really see a good path for the top teams in the NBA to make the NBA Finals and win it all. We still do not have the playoffs set as there is a battle for the play-in tournament, specifically in the Eastern Conference so this will be a great thing to keep looking at throughout the year.