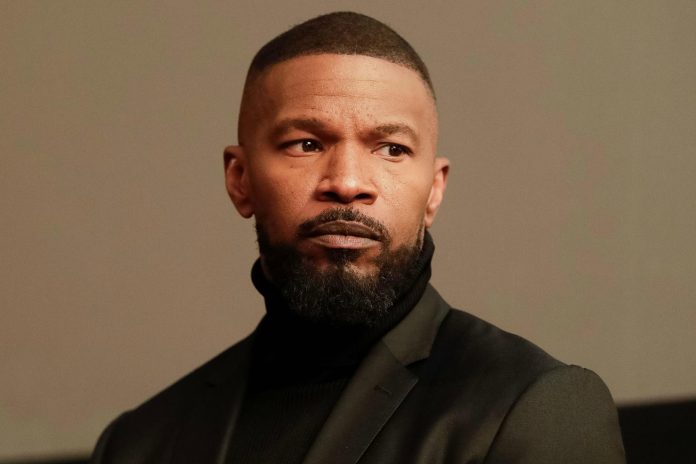 Jamie Foxx by any standards is one of the biggest names in the American entertainment industry. He is a man of so many parts as he is an actor, comedian, songwriter, singer and producer. Foxx has been so successful in his craft that he has both a Grammy and Academy Awards to show for it in addition to other awards. This article is about Jamie Foxx biography and other exciting aspects of his life.

He was born to Louise Annette Talley Dixon and Darell Bishop on December 13, 1967. Jamie’s birth name is Eric Marlon Bishop. His mother’s adoptive parents Esther Marie (Nelson) and Mark Talley adopted him soon after he was born and raised him.

He went to school at Terrell High School for his high school education and performed well while at school. Jamie was also actively involved in sports. He played basketball and football while in school and even had the ambition of playing for the Dallas Cowboys professionally. Young Jamie excelled in sports and was the first player in his school’s history to pass more than 1000 yards. Being immensely talented, he also sang in a band called Leather and Lace.

He was a recipient of a tertiary education scholarship that enabled him study classical music and composition at the United States International University.

Jamie started playing the keyboard at 5 and by the time he was teenager had become very skillful resulting in his becoming a part time pianist and choir leader for Terrel’s New Hope Baptist Church.

His foray in comedy was actually by accident in 1989 when he accepted a girlfriend’s dare and this led to his first performance at a comedy club’s open night. This was about the time he changed his name to Jamie Foxx. He had to do this as he realized that female comedians were often allowed to perform before their male counterparts. The new name“Jamie” according to his belief then was ambiguous enough to disallow such biases. He choose the surname “Foxx” as a tribute to black comedian “Redd Foxx”.

Jamie’s foray into acting took place in 1991 after he joined the cast of “In Living Colour”. He played the role of a recurrent character “Wanda”. He went on to star on his own sitcom show “The Jamie Foxx Show” from 1996 to 2001.

His profile grew and this opened up more opportunities enabling him to take up roles like Ray Charles in the 2004 biographical film “Ray”. He also acted as Staff Sergeant Sykes in “Jarhead”, Curtis Taylor Jr in “Dreamgirls” and many other movies.

Jamie’s music career has also been a phenomenal ride with lots of top awards for it. He has released five albums including Peep this (1994), Unpredictable (2005), Intuition (2008), Best Night of My Life (2010) and Hollywood: A story of a Dozen Roses (2015). A lot of his songs have featured on the top ten of the US Billboard.

Jamie is not married but has two daughters from his previous relationships named Corinne and Annalise.

He was for some time in a relationship with Katie Holmes, who is the former wife of Tom Cruise.

He has acted so many movies some of which are;

Jamie is a big music star and has 5 albums with so many songs, some which have made it to the top of the charts. Some of his songs include;

Jamie is extremely successful as an actor, singer, comedian, songwriter and comedian. This has resulted in his accumulating a lot of wealth from his craft. His source of earnings are from his music sales, professional fees, performance fees, brand endorsements and other business ventures.

He is one of the wealthiest celebrities in the entertainment industry and with age on his side we expect him to accumulate more in the coming years.

Jamie Foxx net worth is estimated at $100 million.