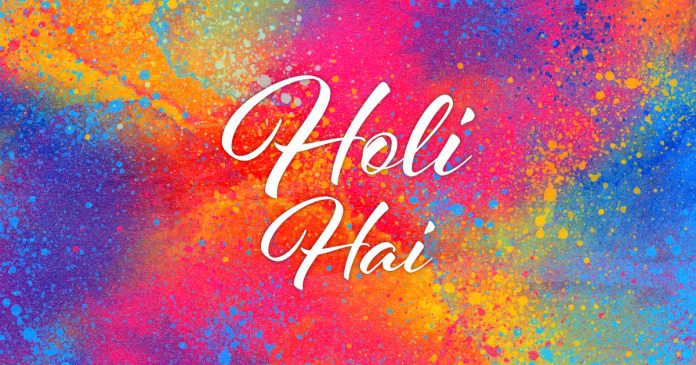 Holi celebration without Holi Songs have no meaning, as real color will come out when start playing specially designed playlist mentioned here this 2020 season which make your legs shaken with outstanding music. Never make compromise to select best food along with best songs this Holi 2020 to complete your preparation. Checkout the details about best Holi songs list here

Best Holi Songs of 2020 for Every Age

Sing by Amitabh Bachchan on lyrics of Dr Harivansh Rai Bachchan and music given by Shiv-Hari.

Similar to the theme and icon song Rang barse we have kept Balam Pichkari into number 2 for which music is given by Pritam and voice by Shalmali Kholgade, Vishal Dadlani lyrics came from Amitabh Bhattacharya.

At number 3 we have Holi Khele Raghuveera have entirely a desi feel from the words of Sameer having voice of Udit Narayan, Amitabh Bachchan, Sukhwinder Singh, and Alka Yagnik and music is given by Aadesh Srivastava

Evergreen song by Anand Bakshi from Sholay released in 1975 which is really never replaceable songs into 2020 with anyone where voice is given by Lata Mangeshkar and Kishore Kumar and music by R. D. Burman.

From Replay movie “Chhan Ke Mohalla” in the voice of Sunidhi Chauhan and Ritu Pathak and music given by Pritam.

Film Mohabbatein song “Soni Soni” from the voice of Udit Narayan, Jaspinder Narula, Udbhav, Manohar Shetty, Ishaan and Shweta Pandit which will make your dance complete and fill the love into the group you are enjoying where lyrics is given by Anand Bakshi.

Music, Singing, Lyrics is given by Ila Arun which really feels incomplete if it will not be considered into the list.

Starring Tiger Shroff with Hrithik in the song where music is given by Vishal and Shekher and voice by Vishal Dadlani, Benny Dayal and Lyrics given by Kumaar

From the movie Kati Patang released in 1970 where Singer Kishore Kumar and Lata Mangeshkar performed on Anand Bakshi lyrcis and Music given by R.D. Burman

From the movie Darr gives you reason to celebrate where voice is given by Alka Yagnik, Sudhesh Bhosle, Vinod Rathod, Devki Pandit and music by Shiv-Hari on the lyrics of Anand Bakshi

Starring Deepika and music is given by  Sanjay Leela Bhansali from the festival of color to love feelings where voice is given by Richa Sharma, Shail Hada