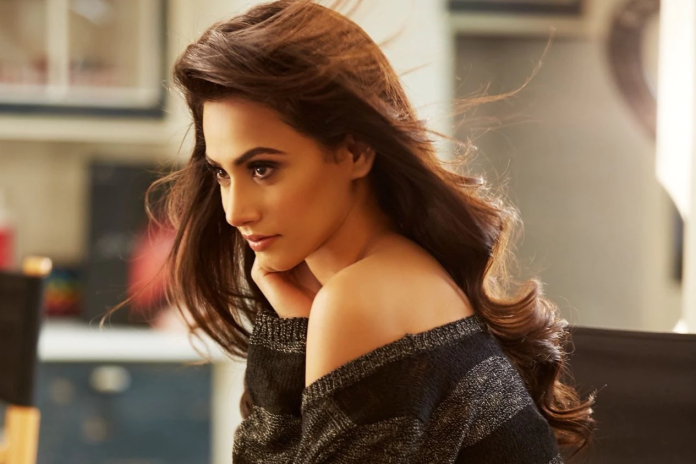 Remember her? No? Well, many of you might recall her for her fierce role in Dark 7 White, while the rest of you may fondly reminisce her latest venture opposite Sidharth Shukla in Broken But Beautiful 3. This diva is among ALTBalaji’s versatile actresses who aces her every on-screen character (come what may). Yes, ladies and gentlemen. We’re talking about none other than the oh-so-stunning actress, Taniya Kalrra!

After gaining immense popularity with her past roles, Kalrra has returned to the OTT platform in a brand new avatar. This time around, the actress is all set to leave you spellbound with her intense performance in ALTBalaji’s upcoming thriller entertainment, Girgit. Rumour has it that she will be playing a dual role as Janhvi Khetan and Shamoli in the show.

Talking about her character, Taniya Kalrra told English Lokmat, “I play ‘Shamoli’ in the web series. She is the manipulative and the assertive one in a duo that you’ll see in the series. Anyone can easily fall for her. I play a con-girl and her endeavour is simple, that she needs to gather money that she needs not only to satisfy her basic needs but more.”[1]

She further added, “I auditioned for the show and when I was handed over the script, I found it pretty interesting and something really different; something I’ve never done before. I’ve never been a part of a show like ‘Girgit’. It is quite intriguing. I wanted to play with the character since I got the liberty to do so. And I did.”

In the recent poster shared by ALTBalaji on Instagram, Taniya is seen opposite Nakul Sahdev. It read, “Every line will be crossed, jab tak they don’t get what they want.

The actors, Nakul Sahdev and Taniya Kalrra seem to share a unique bond in the Girgit web series. While it looks like the on-screen pair is very much in love, one cannot help but wonder about their dysfunctional relationship portrayed in the show. Well, what can we say? TBH, we are as curious as you about them! 😉

ALTBalaji’s Girgit revolves around their dysfunctional love affair. When Ranbir’s (Nakul Sahdev) and Janhvi’s (Taniya Kalrra) promise of a happily-ever-after fades away, everything around them (right from love to true colours) begins to change. And hey, when feelings are lost, hate and anger take over. Their tale of betrayal, heartbreak, obsession, and confrontation will most definitely keep you glued to your screens until the very end.

Excited much? So then, what are you waiting for? Download ALTBalaji right away and catch the dynamic duo, Nakul, and Taniya in action in October. And hey, don’t forget to pay 80 paise per day to watch Girgit! Thank us, later. Happy binging, y’all!

What Are the Most Popular Types of Weddings?