Charlie Chaplin was an English filmmaker, comic actor, composer, and one of the widely appreciated silent movie stars. He became one of the most iconic figures in the film industry, because of his screen persona, The Tramp. We all know Chaplin because of his timeless comedy, but his real life was far from anything remotely funny.

The early stages of his career were spent overcoming the brutal poverty, and that too without parental support. It wouldn’t be an exaggeration if we say that he was a clown who only laughed on-screen. To know more about the challenges the legend faced, let’s dig deep into the tragic aspects of Charlie Chaplin’s life.

In the 1890s, vaudeville stars were obsessed with drinking and enjoying all kinds of drinks including beer. Charlie’s father, Charles Chaplin, Sr. was always boozed. When Chaplin was 1, his father walked out on his family, taking their means of support and leaving them, to deal with poverty. When Charles Chaplin Sr. was at the heights of his fame, he was arrested, for not providing for his family, including Chaplin and another son, Sydney.

By the time Charlie was 12, his father died, because of his alcohol addiction.

Despite the challenging situations, Hannah (Chaplin’s mother) managed to keep a roof over her children and also entertained them with old vaudeville routines. Living in a poverty-stricken family for most of his childhood, nothing in Charlie’s life can be defined as happy.

Young Charlie Chaplin was always fascinated by his mother’s vaudeville career and started mimicking her routines by the age of 5. He always wanted to join her mother on stage, and his wish came, but not as the little Chaplin imagined.

Once Hannah was performing and lost her voice midway. The manager panicked and shoved Charlie out from the wings, in front of the audience. While he knocked everyone’s socks off, and it was rightly considered the start of Charlie Chaplin’s career, unfortunately, it was the beginning of his mother giving up on her sanity and her descent into the madness.

Soon after, it became clear that Hannah was mentally ill (mostly because of the extreme challenges faced due to poverty), and she slowly drifted away from reality. Eventually, she was institutionalized, and both the brothers stayed in the Lambeth Workhouse, an institution in London that offered shelter to the destitute. They were briefly taken away by the father, but that also didn’t last long. Charlie spent most of his childhood, in and out of the workhouse, and only ended up receiving schooling of six months.

Charlie’s first gig was that of a clog dancer in 1897. It was only to make the ends meet, but The Eight Lancashire Lads (a troupe of young male clog dancers in the late 19th and early 20th, who toured Ireland and Great Britain) went nowhere, and Charlie started a parade of odd jobs afterward. According to the silent film star, he had been a toymaker, a newspaper vendor, a doctor’s boy, and many other things.

In the late 29th century, Chaplin managed to move back into vaudeville, and made a viable career out of it, in 1908. He was signed to play the drunk in a comic sketch for Fred Karno’s pantomime troupe and for that purpose, he also visited America.

He didn’t know that the America tour was about to give him a much-needed break. After winning the hearts of Americans, producer Mack Sennett signed with Chaplin, for him to appear in motion pictures in 1912.

To know better about the silent film star, take a look at our Ultimate Guide to Charlie Chaplin!!

In 1914, Charlie Chaplin made 35 films and created the character of The Tramp in the second film. By the 11th, he became a director and in 1915, he was rewarded with his very own production unit by the Essanay Studios. By 1916, Chaplin was working with Mutual Films, with the largest salary in Hollywood and complete creative freedom. Things were going more than perfect for Chaplin, but it was also the time when the world witnessed a glimpse of a tortured and tormented man, behind the comedy genius. Therefore,

Despite the questionable working technique, nowadays, many filmmakers honor Charlie Chaplin, with their musicals. One of those famous musicals includes Chaplin which was released in 2012 and was written by Christopher Curtis and Thomas Meehan. It revealed the life of the legend, an undeniable film genius, who forever changed the way America went to the movies.

Take a look at some of the best off-Broadway musicals that are worth checking out!

In 1947, Chaplin’s reputation was ruined by an unfortunate pro-communist streak. At that time, Europe was shattered by the war, with America devoured by Red Scare, and the audience wanted the little Tramp to show up and spread some smiles amidst all that chaos. This is when Chaplin made something that was the last thing that people wanted. It was “Monsieur Verdoux,” an Orson Welles-scripted dark comedy, in which Chaplin played a serial killer and preyed on rich old ladies. The public’s reaction was what everyone expected. Also, 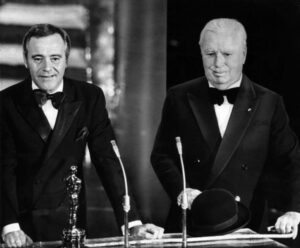 Despite living in the US for 40 years, Chaplin never officially became an American citizen. As stated in the previous point, he also gained a reputation as a communist sympathizer. After the FBI took him in for surveillance during the McCarthy era, Chaplin was effectively forced into exile by the US government in 1952.

The same year, when Chaplin traveled to England on vacation. He had to return and answer charges before a board of immigration officials, but he didn’t come back and decided to settle with his family in Switzerland. He returned to the US only one more time, to accept his Honorary Academy Award in 1972.

Now that We’ve Reached the End of the Film… 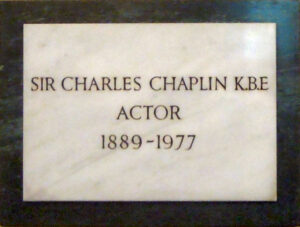 Charlie Chaplin inherited his talent from his parents, both of whom were stage artists. Although he had a challenging childhood and had to make the ends meet, with his brother Sydney, Charley still managed to emerge as an icon in the film industry, and until now, Hollywood hasn’t met his match or anyone that lies close to the legend of silent films! Despite spending most of his life in survival mode, Chaplin believed in the power of a smile and still found life to be something that must be lived… According to him,

You’ll find that life is still worthwhile if you just smile.