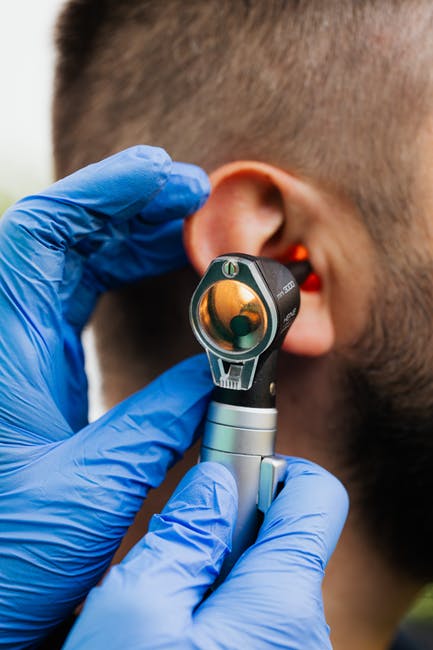 Are you struggling with ear problems and searching for answers?

Though uncommon, the ear can experience all forms of discomfort, and it can be tough to pinpoint the reason.

Sometimes the problem is easy to solve. However, when left unattended or when you don’t pay attention to the signs of an ear infection, some problems can become quite serious.

One of the most common ear infections is Otitis Media. It is an inflammation of the middle ear and is usually caused by a viral or bacterial infection. The most common symptom is a pain in the ear.

Other symptoms include fever, loss of hearing, and drainage from the ear. You can treat Otitis media with antibiotics or other medications.

You may need to see any of the top otolaryngologists to receive the proper treatment.

Otitis Externa is inflammation of the outer ear. The most common symptom is a pain in the affected ear. Otitis Externa is usually caused by a bacterial or fungal infection. Treatment typically involves the use of antibiotics or antifungal medications.

Mastoiditis is the infection of the mastoid bone, which is behind the ear. It is usually caused by a bacterial infection, but it can also be caused by a virus. This ear problem can occur in anyone, but it is most common in children.

Labyrinthitis is an inflammation of the inner ear that a viral or bacterial infection can cause. Symptoms include vertigo, dizziness, nausea, and vomiting.

Its treatment involves rest, hydration, and antiviral or antibacterial medications. In some cases, labyrinthitis can lead to permanent hearing loss.

Perforated eardrum occurs when there is a tear in the eardrum, which is a thin membrane that separates the middle ear from the ear canal.

A perforated eardrum can cause a number of problems, including pain, hearing loss, and an increased risk of infection. Repairing the hole in the eardrum with surgery is one of the treatments for Perforated eardrums.

There are many common ear problems that people experience. Some of the most common include otitis media, otitis externa, Mastoiditis, labyrinthitis, and a perforated eardrum.

If you are experiencing any of these ear issues, it is important to see a doctor or audiologist to get the proper treatment.

Did you find this article about ear problems interesting? If so, be sure to check out the rest of our blog for the more fascinating and informative content!

How to Stick to a Daily Skincare Routine at Home

The Best Ways To Keep Your Detached Garage Looking The Part

What Is Design-Build Construction and Who Needs It?