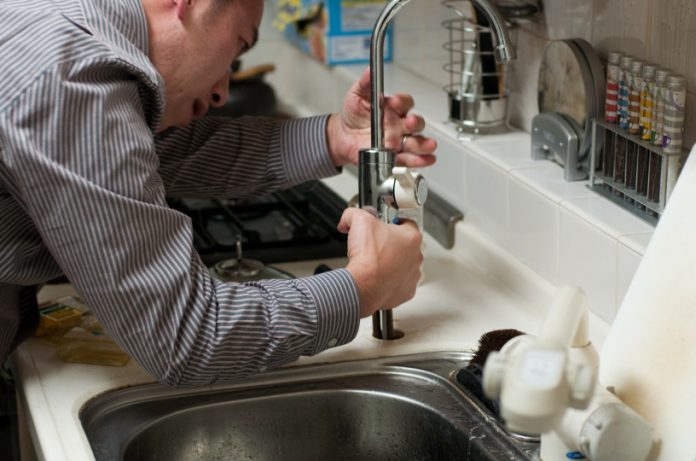 You wake up in the middle of the night to get a glass of water. What you don’t expect is to step into a puddle of it instead. You either made a huge spill before you went to bed, or one of your pipes is leaking.

Considering you didn’t really use the water before you turned in for the night, you’re leaning toward the latter. Leaking pipes can happen for a variety of reasons. No matter what’s wrong with your plumbing system, it’s better to replace it before the influx of water use runs up your bill.

This is only one sign that you need to trade out your old pipes for new ones. Check out this guide to learn more.

You’re taking a shower when all of a sudden, the water pressure cuts out. You still have enough to finish washing up, but you would like to not have to suffer through another disappointing bathing experience.

Before you call the plumber, check out your hot water heater. If it’s faulty, it will affect how much pressure you’re getting in your shower.

If everything seems to be in good working order, the problem is most likely a leaking pipe. Old systems can also pose a problem.

As time goes on, they become more vulnerable to getting clogged up with minerals. When this happens, water won’t be able to pass through. Depending on how bad it is, you may have to repipe your house with PEX Plumbing Systems.

A lot of house plumbing system problems are subtle. Cracks aren’t one of these issues. If you suspect that you have a problem pipe, turn on your water and look under the sink.

If one of the pipes is cracked, you’ll be able to see the water leaking out. Now you may be asking, “what if the problem isn’t under the sink?”

That doesn’t matter. Over time the water will begin to seep through your walls or ceiling (depending on where the broken pipe is). When this happens, you’ll see the brown water stains.

Don’t let this problem go unfixed for too long. Do so, and you leave your home vulnerable to mold growth. If left unchecked, it can become expensive to fix and make your family sick.

You would think that leaks provide the most warning signs out of all the pipe problems on this list, but it doesn’t. It’s easy to overlook puddles on the floor until you step in one in the middle of the night while you’re wearing socks. Talk about uncomfortable!

Other than puddles, leaks make themselves known in the form of low water pressure. You may also see a sudden increase in your utility bill.

Depending on how bad the leak is, you might be able to fix it yourself by tightening a few things. Just be careful. One wrong move and water will come gushing out of the pipe.

If you don’t feel comfortable performing the fix, call someone out to handle it for you, or better yet, have them replace your plumbing system if it’s showing its age.

You feel like every time you turn around, your pipes are clogging up on you. At first, you thought that someone was throwing stuff down the drain that they shouldn’t. Now you’re not so sure.

We’re here to tell you that the problem is most likely corrosion. As your pipes begin to break down from the inside out, the material gets stuck, thus clogging the entire system.

If you do have corroded pipes on your hands, you’ll need to replace them as soon as possible. It’s only a matter of time before they’re completely unusable.

You turn on your water to do the dishes, and it’s coming out brown. Turn it off and call the plumber because it can pose a serious health risk.

The only remotely safe color besides clear is pink. If your water is a little pink, you have an organism in your water, but it’s harmless.

Green water points toward algae. Black water is another problem in its entirety. That means you have some kind of growth in your pipes.

Since there’s no way of telling if it’s safe or not, you’re better off not drinking it. Orange or red water points to rust. Your pipes are breaking down.

If this is the case, you’ll need to replace the system. If you ignore the rust, it will begin to wear holes in your pipes after a while.

Millions of homes have one thing in common. Their pipes contain lead. This should go without saying, but you don’t want to drink this hazardous chemical or absorb it into your skin.

It can cause kidney problems, learning disabilities, and reproductive issues. If you’re not sure if your pipes have lead, call a plumber right away to confirm.

If you are dealing with lead, ask the company to repipe your house. Replacing everything is better than the alternative.

Replace Your Plumbing System Before It’s Too Late

If you’ve been stepping in water puddles around your home or you’re dealing with a disappointing lack of water pressure, it might be time for you to call someone to replace your plumbing system.

There are some pipe issues that you can tackle on your own, but most of them will require you to repipe your entire house. If you don’t, you may face some serious consequences later. Don’t put off the inevitable.

For more ways to spot problems around your home, visit the Lifestyle section of our blog for all the latest tips and news.