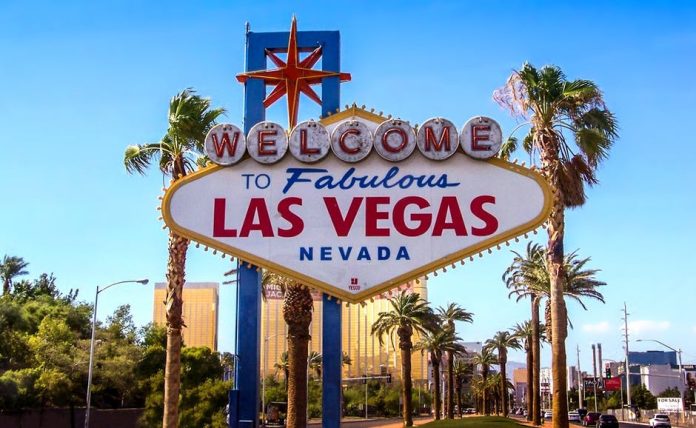 You’ve received the job offer of a lifetime. If you take the position, you’re getting a raise, a better work-life balance, and the promise of regular career progression. You would be breaking out the bubbly right about now, but there’s just one catch:

You have to move to Las Vegas.

Or maybe that’s not your story. Maybe you’ve got friends and family living in Las Vegas and you’ve been looking for an opportunity to lay down some roots and give yourself a fresh start.

But regardless, you’re not entirely sure about it. Can you raise a family in Las Vegas? Will you be spending your whole life dodging tourists and wondering how to stop the noise from keeping you up at night?

It turns out that there’s more to the city than you might think. Keep reading to see the top six reasons why people are always moving to Las Vegas and falling in love.

Whether you’re a billionaire or a thousandaire, there’s one thing we can all agree on:

Paying taxes sucks. But at the same time, if nobody paid taxes, governments wouldn’t be able to maintain their budgets.

In many states, you’re effectively paying taxes twice. Once at the state level and once at the federal level. But in Las Vegas, the tourism dollars and the sales tax are enough to make the Nevada government say, “We don’t need to take more money off of your paycheck.”. And when you’re able to eliminate an entire tax bracket like that, it becomes a lot easier to beef up your savings and pay down debt.

According to PayScale, the cost of living in Las Vegas is only three percent above the national average. In addition, utility rates are a full ten percent below average.

You don’t have to be a math genius to figure out that compared to the cost of living in cities like New York or San Francisco, Las Vegas real estate is a bargain. And when your month-to-month costs are this affordable, it becomes a lot easier to consider starting a business or buying a house.

When most people hear the words “Las Vegas”, they picture neon lights, spontaneous weddings, and all the trendy nightclubs and eateries that come with being a showbiz-oriented town. But the truth is that Las Vegas is an amazing place for its nature-loving residents.

4. You Can Enjoy a Rocking Nightlife

Even people who are mostly past their partying phase may still want to catch a show or go out after a night of dancing. The nice thing about living in Las Vegas is that when you’re in the mood to let your hair down, there’s a neverending list of things you can do.

If glitz, glamor, and games of chance are what you’re into, the world-famous strip is second to none. But if sports are more your speed, there are several professional teams you can score tickets to like the NHL’s Golden Knights and the NFL’s Raiders. Whether you’re planning a bachelor party for a friend or simply in the mood for a concert, Las Vegas has everything you’re looking for whenever you’re looking for it.

5. The Weather Is Great

In many parts of the US, the weather changes in extremes. You could be pinching yourself every few minutes in the summer to reassure yourself that you’re not in fact melting. And then when winter hits, you might be pulling on sweaters and jackets like a cartoon character to survive the frigid temperatures.

And even in places that don’t have these types of problems, many communities have to deal with the yearly threat of being leveled by tornadoes, floods, and hurricanes. According to NOAA, for instance, natural disasters from 2016 to 2020 were responsible for $600 billion in damages.

But while people in other states are bundling up or preparing for hurricane season, Las Vegas residents are often hitting the golf course or firing up the grill. Sure, you might spend a few weeks leaning a little harder on the AC. However, there’s no debating the fact that Las Vegas’s warm year-round temperatures are enough to prompt many fence-sitters to visit https://www.lasvegashomesbyleslie.com/ to see what real estate is available.

6. You Can Retire in Vegas

When you add up the low cost of living, the great weather, and the many parks, you start to realize pretty quickly that Las Vegas has the ingredients needed to become a great place to retire. Many people work their whole lives only to uproot and retire in other states due to costs or weather-related concerns.

In Las Vegas, however, the lack of state income tax coupled with the pleasant climate can make it a very attractive destination for those who are living on a fixed income. Plus, between the University of Nevada Las Vegas and the constant stream of employers who are looking for workers, retirees have plenty of opportunities to keep themselves busy while living in this city.

Should You Move to Las Vegas?

When you look at most people’s list of things they want in a city, it’s not unusual to see items like parks or moving tips around making sure there’s a nightlife getting mentioned. What a lot of folks don’t realize, however, is that Las Vegas has many of the things you want in your destination city and then some. If you’re planning a move and you’re looking for great weather, low taxes, and expansive parks, a move to Las Vegas just makes sense.

Are you looking for more posts like this? Check out the rest of our site read more of our content!