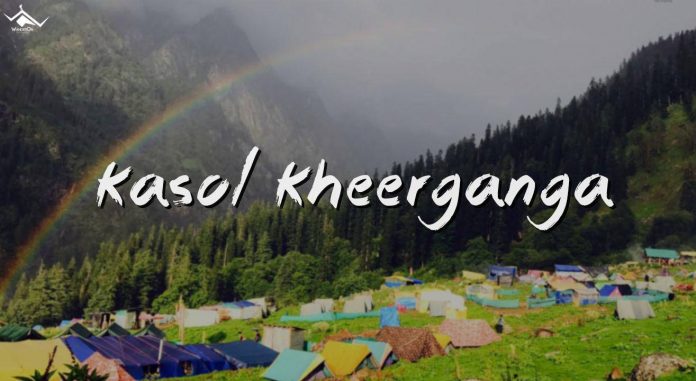 Kullu district is one of the major districts of Himachal Pradesh. There are various tourist attractions in and around Kullu. The places to visit in Kullu are following

The most famous destination Manali is also nearby the Kullu town. It comes under the Kullu district.

One of the best treks near Kasol is kheerganga trek is one of the trekkers’ paradise in Himachal Pradesh. The route to reach the base point for kheer Ganga trekking goes via kasol. The Kasol is also a fantastic place to hang out with friends.  It is also known as Mini Israel in Himachal due to the massive footfall of Israeli tourists. The reason behind this is quite interesting. After compulsory military service at their homeland, they come here for a chill-out. Every year Kasol experiences national as well as international tourist crowds. It is the best place for trekking as well as for the group tour also.

The actual trek route for KheerGanga trekking starts from Barshaini. The distance between Barshaini and Kasol is 16 Km. Then from Barshaini, you have to trek 5-6 hours to reach Kheerganga Top. The Kheerganga is known for its hot spring pool which is naturally built up there. The dip at kheerganga hot spring pool will be remarkable after a strenuous journey through the steep trails.  The major activities at Kheerganga are trekking, camping, photography and stargazing.

The best time to visit Parvati Valley is summer,i.e, April to June and post-monsoon season,i.e, September to November. Both times are best to visit. During summers and post-monsoon season, the weather remains pleasant. During the rainy season, the Parvati Valley area receives heavy rain. Roads and trails remain damaged, so it is not safe to visit there. During the winter season, the whole area gets covered with snow. The climatic conditions remain harsh. The roads were covered due to heavy snow. So as the conclusion monsoon and winters are not the most suitable time for trekking.

Things to Carry while moving out for Trekking

Advisory when you are on Trekking Trip

So this is all about- “Kasol -Kheerganga Trekking”.