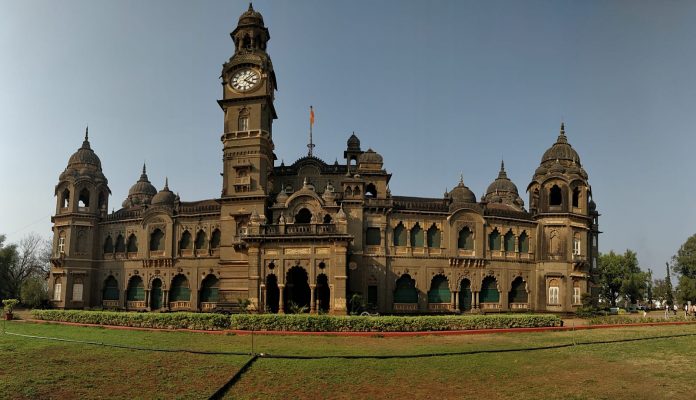 Kolhapur is always popular for its exquisite design of footwear, cuisine, and unique jewellery, Kolhapur is a breathtaking city in Maharashtra, India. This city is bestowed with many remarkable destinations that always grab the attention of travellers. There are loads of temples, shrines, museums, forts, and water bodies, and many more even; these places are visited by thousands of tourists in a day.

We have prepared some of the top destinations in Kolhapur that will surely catch your attention easily.

Mahalaxmi Temple is one of the popular Hindu temples in Kolhapur. This beautifully engraved shrine was built in the 7th century under the sovereignty of the Chalukyas. This is considered as one of the Shakti Peethas in Hinduism, Mahalakshmi Temple is devoted to Goddess Mahalaxmi, and it is popularly renowned as Amba Bai in Kolhapur. The workroom of the temple houses has a captivating idol of Goddess Mahalaxmi.

The most appealing structure that always catches the attention with the Shahuji Chhatrapati Museum that is a well-known tourist place in Kolhapur city. This palace has built as museum and it is the home of Chhatrapati Shahuji Maharaj. However, when you go to a ground floor of the fortress has been transformed into a museum that are all places of the personal possessions such as weapons, jewellery, dresses, and many more of Shivaji Maharaj. This temple also has a detached segment of the taxidermy creatures such as the tiger, lion, bear, elephant, boar, and more.

Rankala Lake is a mesmeric destination to travel in Kolhapur. A tranquil and peaceful atmosphere of this lake always draws the visitors widely. If people are getting bored then this place is the worth-visot to chill up your mood always. The beautiful attractions are like Shalini Palace and Padma Raje Gardens are all must-visited. Anyone can also enjoy the street food to boost the mood at Rankala Lake.

Next fascinating temple in the town of Kolhapur is Binkhambi Ganesh Mandir. This worship place is dedicated to Lord Ganesha, this shrine is visited by the aficionado and lots of visitors, on a widespread extent. The tempting structural design of this place of worship makes it a worth-visit place in the city. However, of you are in the city on the juncture of Ganesha Chaturthi, do not fail to spot to visit the luxurious festivities at Binkhambi Ganesh Mandir.

This mesmerizing destination is dedicated to Lord Mahadeva, Shri Kopeshwara Temple is a worth-visit Hindu temple in Kolhapur. This shrine was built in the 11th century by the Shilahara King, Gandaraditya. Seeing its architectural grandeur of the primeval age, the well-off interiors show off the monuments with intricate carvings. Kopeshwar Temple is frequented by innumerable followers all through the year.

Bhavani Mandap is a place that is built by merging adroit structural design. This place is quite nearly to the well-known Mahalakshmi shrine; Bhavani Mandap is a beautiful shrine that is devoted to Goddess Bhavani. This place is worth-visit destination and visited by the numerous people all through the year. Throughout the British emperor in India, Bhavani Mandap offered as a meeting face for the best British officials. At the present time, it is a popular tourist spot in the city.

Jyotiba Temple is also a well-known temple in Kolhapur. This temple is extremely enthralling heavenly destination that is devoted to Lord Jyotiba, also popular by the name of Shri Dattatreya. He is considered to be the sign of the mutual powers of the Hindu Trinity, Brahma, Vishnu, and Mahesh. This enticing shrine was built in the 17th century by Ranoji Shinde. Chaitra Poornima is a main fiesta celebrated with high pomp and gaiety.

Ajara is one of the best and popular cities in the region of Kolhapur. This city is well-known for its stunning scenery. The landscape of this environment offers as an enticing destination for spending the free time time under the azure sky. Furthermore to the landscape, Ajara is also popular for the agriculture of Ghansal Rice. This rice is delivered in a mainstream in the numerous parts of the regions of Kolhapur.

These are all fabulous destinations in Kolhapur.