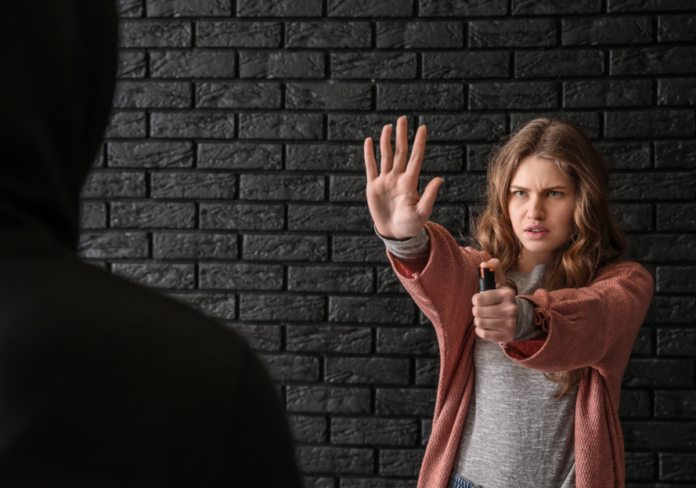 Pepper spray is a well-liked self-defense agent in the United States. In law enforcement, it’s about 85% effective against an attacker.

Is it different from Mace? Historically, they are varying products, but they can be interchangeable nowadays.

How is this possible? Read on and find out the differences between pepper spray vs. Mace.

Mace is a brand name used for any spraying agent, much like how we use Xerox for a photocopier. That’s why when people say this term, they usually refer to pepper spray.

However, it’s an irritant with different ingredients from pepper spray. In its original formulation, it had phenacyl chloride or CN tear gas.

The police were the first to use Mace. The original product was ineffective, causing harm to the officers instead. It now has an improved version as a type of tear gas.

What is Pepper Spray?

Mace is now producing various self-defense products, one of which is pepper spray. This fact perpetuates a lot of confusion people have over these two products.

Pepper spray is more of an inflammatory agent rather than an irritant. It uses the ingredient oleoresin capsicum (OC). It’s available in online stores, such as https://urbansafetysolutions.com/.

Effects of Pepper Spray vs. Mace

Both use small canisters, which can be either gun or can-shaped. You can carry them in your bag, belt, or hand. If you have both, pick the correct container as they have different effects.

Mace causes pain to the throat, eyes, nose, and skin. The chemical in its formula increases the production of tears when inhaled, temporarily blinding the target. The caveat is it doesn’t work on intoxicated individuals, causing harm to the user instead.

Pepper spray contains capsaicin, the same chemical giving heat to chili peppers. As such, you can expect the same effects, albeit in an extreme way.

This product causes inflammation to the capillaries of the eyes, which creates temporary blindness. It induces choking, coughing, and nausea right away. Unlike Mace, pepper spray is effective even to people under the influence of drugs and alcohol.

Which One Should You Choose?

Are you still confused between pepper spray vs. Mace? Consider other factors like their legality in your state.

Pepper spray is legal as a self-defense tool in all 50 states. Some, however, have some restrictions and conditions. Make sure to read a pepper spray guide to learn more.

The latter is still illegal in some areas due to its CN component. That said, the pepper spray under this brand is legal. Read a more extensive Mace guide to be sure.

Aside from knowing the differences between pepper spray vs. Mace, you should learn more if you’re planning to buy one for self-defense. You may hit a legal snag or get the wrong product if you’re not careful.

Did this guide help? If so, check out our other articles to learn more.

Galvanized vs. Galvannealed Steel: How Do They Stack Up?

Here’s What to Do When You Keep Getting the Hiccups

How to Spot a Timeshare Scam