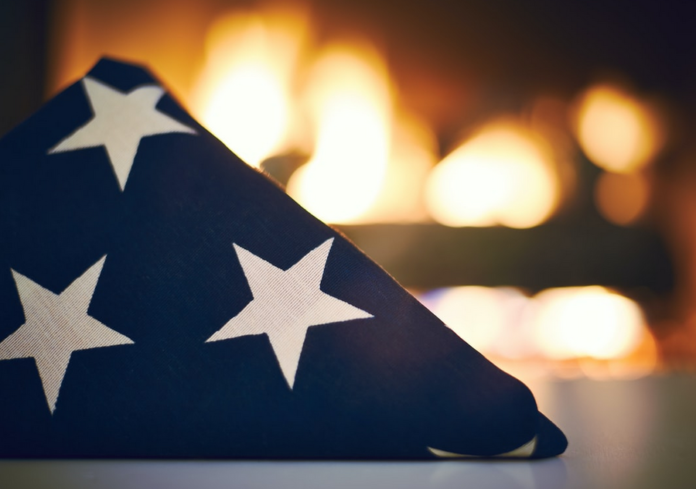 The United States is not united around much these days. But everyone agrees the flag is great. 62% of Americans believe that displaying the American flag is somewhat or very important for being a good citizen.

Answer these questions and you can understand some top secrets about the United States. Here is your comprehensive guide.

The history of the American flag begins before America itself. British America used the British Red Ensign as a flag. It is a red flag with the Union Jack in the upper-left corner.

Ships would fly the Red Ensign while they were out on the water, helping distinguish British ships from the ships of other countries. On land, the flag was not in common use.

As the American Revolution developed, colonists decided to create their own flags. At first, they modified the Red Ensign to express their rage toward Britain. Taunton, Massachusetts adopted a flag in 1774 that defaces the Red Ensign with the words, “Liberty and Union.”

But in 1775, the Second Continental Congress decided to commission a new flag to distinguish their ships from Britain’s. Congress selected the Grand Union Flag, which contained 13 stripes, each representing one colony. The Union Jack sat in the upper-left corner, representing how the colonies descended from Great Britain.

In 1777, Congress began receiving requests from the public for a new flag. On June 14, Congress passed the Flag Act of 1777, resolving that the American flag should maintain the 13 stripes but change the Union Jack. 13 white stars on a blue field would go in its place.

Betsy Ross was an upholsterer working in Philadelphia. According to many American history books, Ross met with George Washington to talk with him about the design for the new flag. She proposed that the 13 stars be placed in a circle and that each star should have five points instead of six.

However, there is no definitive proof that Ross created the Betsy Ross flag, let alone that she made one for Washington. The story of the Betsy Ross flag emerged in 1870 when Ross’s grandson published a paper claiming that his grandmother had made the flag. The story became popular with the public, and Ross become a role model for young women.

No one is sure who created the Betsy Ross flag. Paintings from the 1770s and 1780s show flags with circles of stars, akin to the Betsy Ross design. The flag was never formally adopted as a national flag, but it remains in production today, with some politicians displaying it at rallies and other public events.

In 1776, Francis Hopkinson designed the Great Seal of New Jersey. His work was popular, so the Continental Congress chose him to join a committee for designing the Great Seal of the United States. Though his version of the seal was later modified, several elements of the current seal come from Hopkinson, including its 13 stars and stripes.

The same year, Hopkinson became chairman of the Continental Navy Board’s Middle Department. As part of his job, he designed an American flag. Before the Flag Act of 1777 was passed, he designed a flag with 13 six-pointed stars that he placed in five rows.

The Continental Congress reviewed his design and opted to select it as the national flag. The Congress called it the “Stars and Stripes,” and it was first publicly displayed on September 11, 1777.

On May 1, 1795, Congress passed the Flag Act of 1795. Vermont and Kentucky had joined the Union, and Congress wanted to add two stars and stripes to commemorate them. The basic design stayed the same.

Though more states were added to the Union, Congress did not modify the flag. Lawmakers may have felt that the flag would be too cluttered with dozens of stripes and stars.

In 1817, Congress decided to make a committee to change the flag. Peter H. Wendover, a Representative from New York, was the head of the committee. Wendover went to his friend Samuel Chester Reid, who proposed a flag with 13 stripes but 20 stars.

Whenever a state would be added to the Union, a new star would be put on the flag. But the stripes would stay the same, commemorating the Thirteen Colonies.

Reid arranged the stars to form one giant star. Congress decided to change this design so the stars were placed in four rows of five, but it kept his other ideas. On April 4, 1818, Congress passed a law with Reid’s design.

No major changes occurred in the flag design for the next several decades. Congress added a star every time a state was added to the country, sometimes arranging the stars in a circle or another shape. There were no formal regulations for the proportions or colors of the flag, so you can find many different flags from the 19th century.

The flag was rarely flown before the Civil War. Ships flew the flag and a few military forts and government buildings did, but very few Americans owned the flag.

When the Civil War began, Americans embraced the flag as a symbol of the Union. Flags were flown everywhere, and every military regiment carried one into battle. Even after the war ended, the American flag maintained its popularity amongst Americans.

The surge in popularity of the flag prompted reconsideration of its design. On October 29, 1912, President William Howard Taft signed an executive order regulating the proportions of the flag, making the ratio of length and width 1.9:1.

In 1934, Congress passed a different law standardizing the color shades in the design. However, Congress did not assign a meaning or symbolic purpose to each color, allowing Americans to make their own interpretations.

The flag was changed for the final time in 1960, with stars added to commemorate the additions of Alaska and Hawaii. A 17-year-old high school student submitted the design of the flag in a contest. The current design is the version of the flag in the longest use, having been flown for more than 60 years.

Variants of the American Flag

The history of the American flag does not end with the adoption of the 50-star design. You can find several variants of the flag throughout history, including ones on other continents.

The Flags of the Confederacy

The first Confederate flag was the “Stars and Bars,” which was flown on March 4, 1861. The flag has seven stars on a blue background, with three stripes beside it, two red and one white.

As more states joined the Confederacy, more stars were added to the flag. The final version of the “Stars and Bars” has 13 stars.

However, many Confederates disliked the flag because of its similarities to the American flag. Soldiers on both sides confused the two on the battlefield.

In 1863, the Confederate Congress adopted the “Stainless Banner.” The flag is white, with a red field in the upper-left corner. The field has a blue saltire on it, with 13 white stars spread across the saltire.

The white background was supposed to symbolize the Confederacy’s defense of white supremacy. Yet Confederate sympathizers soured on the design because it resembled a flag of surrender.

Besides the national flag, there were several regional flags. The Confederate Army of Northern Virginia carried a flag that was a modified version of the “Stainless Banner.” The red field and blue saltire were stretched across the length of the flag, with no white background.

This flag became known as the Confederate battle flag. White supremacists continue to fly this flag and websites like https://ultimateflags.com/ continue to sell it, usually describing it as a symbol of Southern heritage. But Southern lawmakers have disavowed the flag, especially after white nationalists attacked the Capitol Building while carrying the flag on January 6, 2021.

In 1822, members of the American Colonization Society settled in West Africa. They organized politically and formed the country of Liberia on July 26, 1847.

While the Liberian constitution was being written, a committee of seven women was appointed to create the flag. They commemorated Liberia’s American roots by modifying the American flag.

Liberia’s flag has 11 stripes instead of 13, and it has one star instead of 50. It is otherwise identical to the American flag.

In 1946, the United States began conducting nuclear tests on the Bikini Atoll. By 1958, the islands were inhabitable, with thousands of residents forced to relocate permanently.

The former inhabitants of Bikini Atoll adopted a flag in 1987 to protest the nuclear tests. The flag has 23 stars in the upper-left corner, commemorating the 23 islands in the Bikini Atoll.

A few particular flags have gained prominence in American history. These flags represent specific historical events and they signify America’s endurance and ingenuity.

One witness to the battle was Francis Scott Key. On the morning of September 14, Key looked at the sky and saw the fort’s flag flying intact. Inspired by the sight, he wrote a poem called “Defence of Fort M’Henry,” which later became the lyrics to “The Star-Spangled Banner.”

The flag itself remained at Fort McHenry for years. In 1912, the owner of the flag gave it to the Smithsonian Institution, which restored the flag and put it up for public display.

On April 12, 1861, the Civil War began when the Confederacy attacked Fort Sumter. During the battle, the American flag was shot and damaged. But when Robert Anderson surrendered the fort, Confederate commanders allowed him to take the flag with him.

On April 20, Anderson attended a rally in New York City with the flag. It became popular amongst Unionists, and it traveled from town to town as part of a fundraising effort for the war.

When the Confederacy surrendered in 1865, Anderson raised the flag over Fort Sumter. In 1905, it was given to the government as a gift, and the National Park Service owns it today.

Flag history will tell you many things about America. Americans created their first flags during the American Revolution. They drew influence from British flags, though Betsy Ross did not create the first flag.

The rules for designing American flags emerged in 1818. The current flag was created in 1960, and it will be modified when a new state joins the Union. The American flag wasn’t initially popular, but it gained popularity thanks to the Star-Spangled Banner and the Fort Sumter Flag.

The flag is just one symbol of America. Read more American history guides by following our coverage.