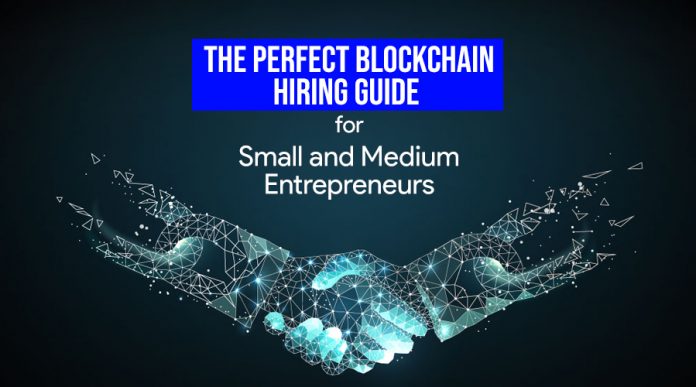 If you look at the statistics, it won’t be difficult to ascertain that the demand for Blockchain jobs is steadily rising since 2016. An increasing number of businesses from diversifying industries are relying on this cutting-edge technology. Still the number of Blockchain developers in the USA is relatively low. As a result finding a skilled and knowledgeable Blockchain developer is nothing short of looking for a needle in a haystack.

There is no second opinion that this talent gap needs to be bridged. As an entrepreneur if you want to know the tactics of recognising skilled and experienced Blockchain engineers to ensure your project is in the right hands then this blog post has something meaningful to offer.

Before setting out to search for technically sound and knowledgeable Blockchain developers, it is important to get certain things cleared in your mind. Do you want:

Blockchain freelance developers can be found on various freelance platforms online. Toptal and  Upwork are two most reliable names in this context. Apart from that there are many smaller and more specialised marketplaces for Blockchain engineers. Let us explore such destinations in the following section.

Last but nevertheless the least both Jooble and Indeed cater to the global community. There are also many popular and reliable local online job boards particular to a country. You are likely to get great support from these local players.

How Do I Start My Very Own Private Medical Practice?

5 Reasons Why You Should Become a Personal Trainer