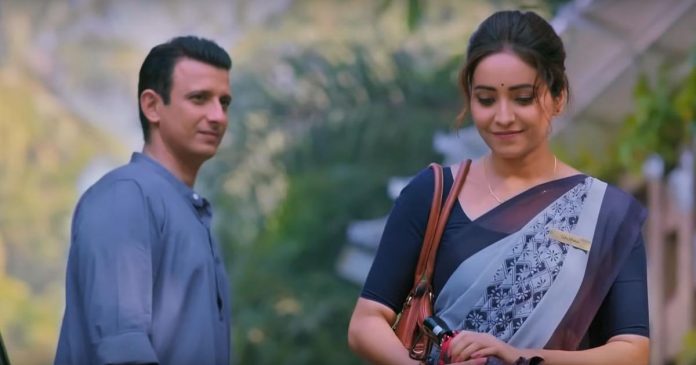 Correct us if we’re wrong. ALTBalaji has created some of the iconic female characters that are hard to stop thinking about. Isn’t it? After tickling your minds with telly beauties, such as Sameera, Kainaat, Amrita, there’s yet another powerful character that has caught attention. Who’s that you ask? Well, brace yourself. Here’s presenting to you the gorgeous Gauravi from Baarish who has swooped in and stolen everyone’s heart with her simplicity and generosity.

Here’s why everyone (including you and I) can’t stop raving about how amazing she is:

Now, we are sure it is the first thing you notice about Gauravi. Hai na? Well, what can we say? So did we! Gauravi’s ability to put herself in other’s shoes is hands down one of her best qualities. That’s probably why neither you (nor us) can’t help but adore the person that she is!

Let’s admit it: It’s rare to find a woman with a big heart. But hey, the good news is we already found you one. No points for guessing the right answer. It’s none other than Gauravi from ALTBalaji’s Baarish. She’s humble, compassionate, and generous. Well, to say the least, the woman is a total package. No wonder why you love her! 😀

Remember how she stood like a rock beside Shreya when her entire family lost faith in her? Yeah? Well, that’s exactly how Gauravi is! She is someone who believes in justice and focuses her energy to help people without judgements and bias. The lady is truly an epitome of righteousness.

Allow us to tell you something. No matter how much a woman loves you, she won’t tolerate any of your bullsh**t (come what may!) Agree ladies? We bet you don’t. And so doesn’t Gauravi. Despite her love for Anuj, Gauravi doesn’t turn a blind eye to his wrongdoings. Instead, she guides him in the right direction and pushes him to do better.

Gauravi is the glue that holds the entire family together, isn’t it? And hey, time and again, she has also proved she can go to lengths for the people she loves. Whether it is dealing with her husband’s personal issues or family crisis at home, she ensures she stays beside everyone in times of need. It’s safe to say that she sticks by their side despite the odds. Quite literally! All in all, Gauravi is the heart of the Baarish Season1 web series. Be it her modesty or gorgeous looks, everything about her will win your heart. So, what are you waiting for? Download ALTBalaji ASAP, pay 80 paisa right away, and watch web series online. Hurry!

What Is the Technology Behind Rangefinders?

What Are the Benefits of Generating Pay Stubs Online?