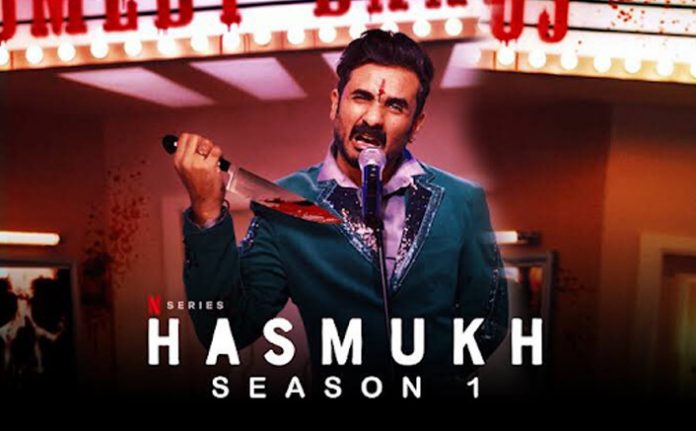 Now, get ready to watch new web series Hasmukh on Netflix India. In this series, you can see Vir Das is a cast who is playing a role of a cruel comedian. The series is directed by Nikhil Gonsalves. Hasmukh is a new series that has been done with four partnerships of Vir Das. The series of Hasmukh will be soon appeared on Netflix.

You can see first promo of Hasmukh on Netflix has that has been out now. The series is scheduled to out on screen on April 17. The director Nikhil Gonsalves and casts Vir Das in have come up with the so-called roles of Hasmukh. Hasmukh finally got its release date. The storyline of Hasmukh is all about playing a young man from Saharanpur who has wishes to become the best comedian in the world.

What is Netflix Free trial offer?

Netflix free trial is available for all new users who want to watch series and movies in Netflix. You need to sign up for 30-day of free service. If you are interested to watch Netflix after 30 days of trial then you have to pay subscription charges and plans are available on site, you can select according to your choice. This series is allowed for new users and they can opt for it throughout the trial period, and if you want, you can discontinue the subscription charge anytime.

You can also watch Hasmukh in Vodafone for free. You can obtain free Netflix Subscription on Vodafone Postpaid plan that comes in Rs. 999.

If you have already taken a subscriber charge of Vodafone Rs. 999 plan, and you can continue to take Netflix subscription for free.

However, you can watch all genres of series and movies on Netflix.

The casts of upcoming series on Netlfix are:

Hasmukh web series is scheduled to release on 17th April. Vir Das represents an odd and extraordinary character. The role played is a slapstick comedian.