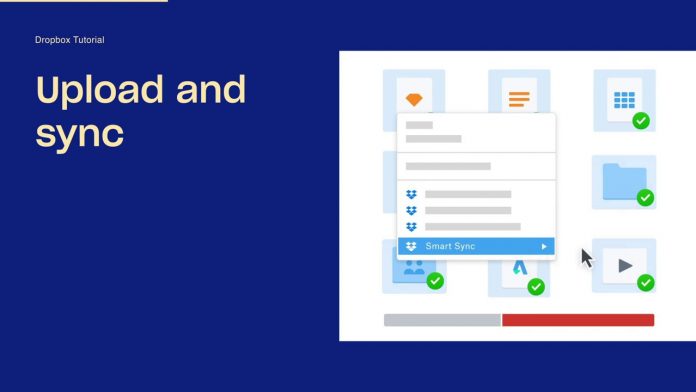 Dropbox is an incredibly convenient cloud service used for file sharing, cloud storage, and file backup. With it, we can access files anywhere on any devices like Mac, iPhone, iPad, PC devices. It is very easy to manage important data across all of our devices.

However, we may encounter a glaring issue–Dropbox won’t sync. When this occurs, the cloud files won’t sync up with the computer. This is a small problem but it is annoying, especially when we work on the same files from multiple devices or when we are using Dropbox to collaborate with other persons.

Fortunately, we can fix it in Windows 10 by following these methods below. Now, let’s go to see them.

Fixes for Dropbox Not Syncing

This is the first thing that we should do. Sometimes Dropbox isn’t responding or running or has frozen and restarted the process can be helpful to fix Dropbox files not syncing. If the Dropbox process is not in the taskbar, go to Task Manager to do restart it.

Step 2: Go to the Processes tab. If the process is present, right-click it and choose End task. If it is not in the list, use the desktop icon to restart Dropbox.

Dropbox has a feature called Selective Sync that allows us to choose which folders or files to back up. It is easy to ignore it and enable it accidentally, making Dropbox only sync the selective files. Or we place a file in a folder with Selective Sync enabled. As a result, Dropbox is not syncing in Windows 10.

To fix this issue, we can right-click the Dropbox button in the taskbar and choose Preferences. Then, go to Sync, choose Selective Sync and ensure the folder containing the file is not chosen.

When copying a file from the Dropbox folder on a computer to the cloud server, it won’t be able to be copied if the file is open in a computer application. If the sync has stalled for some reason, it won’t upload completely.

To help manage network latency and keep integrity, Dropbox caches data to facilitate uploads. But sometimes the cache is full or unreadable, resulting in Dropbox not syncing files. In this case, clearing the Dropbox cache is useful to fix the issue and it takes just a second.

Step 2: Navigate to the Dropbox folder.

Step 3: Find the .dropbox.cache folder and delete all the files in that folder.

Some antivirus programs like Norton, AVG, etc. may regard Dropbox as a dangerous software, leading to Dropbox not syncing files or folders. To get rid of this case, we should disable the antivirus program temporarily or remove Dropbox from the program’s blacklist. Then, try to sync files again using Dropbox to see if the issue is resolved.

Windows 10 Firewall may block Dropbox and sync problem happens. To fix the issue, add this application to the exception list to allow access by following these steps.

Step 2: Click Allow an app through the firewall and go to Change settings.

Step 3: Find Dropbox from the list and ensure the boxes of Private and Public are checked.

If Dropbox not syncing still happens after trying these above methods, we can try another solution – adjust Dropbox settings since sometimes the issue is caused by incorrect configurations or modified settings.

Step 2: Run Command Prompt as administrator, input the following commands and press Enter after each one:

Step 3: Launch Dropbox and see if the issue is fixed.

Now, all the solutions to fix Dropbox not syncing are introduced here. Just try them to get rid of the issue. Sometimes we need to sync files in Windows 10 PC without using a cloud service, MiniTool ShadowMaker – professional file sync software can be helpful.