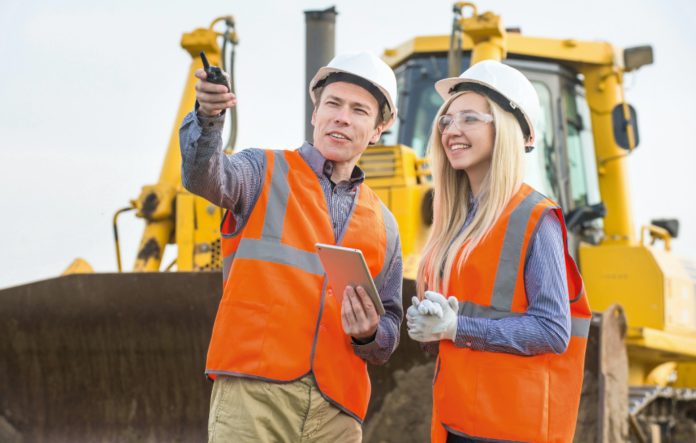 There’s never been more incentive to build your own home in America. After all, the country’s officially short of over 5 million of them! It’s a big job though.

Enter the role of excavators. These mighty machines dig and move the earth with ease, making your life a hundred times easier as a result. Want to learn more about the different types of excavators you can rent for this key task?

Crawler excavators (otherwise known as “standard excavators”) get their name from the rotating tracks they move across the ground on. They’re used most often for landscape grading, mining, and digging trenches.

These types of excavators are slower than wheeled ones (more on these below), but they’re also far more stable. That’s a crucial benefit when moving over loose and/or uneven terrain. Expect to stay balanced in spite of the rough landscape.

As you can probably guess, wheeled excavators swap the tracks for wheels. They’re ideal for any job on hard, flat surfaces, offering newfound speed and ease of movement. Be careful though…

Because the wheels provide less traction, these excavators aren’t suitable for work on muddy or uneven ground. Save them for work on solid terrain such as concrete.

These excavators are similar to crawlers, but with one major difference:

They have a long and extendable arm that allows them to access harder-to-reach areas. An added benefit of the arm is that it allows operators to work at a much safer distance from the excavation site. Some will extend up to 100ft!

These excavators are both unnecessary and unsuitable for smaller spaces. Yet they come into their own when there are obstructions in the way.

Need to clean up debris or operate underground?

Suction excavators (otherwise known as vacuum excavators) will be your go-to machine. With their high-pressure suction pipe and built-in water jet, these amazing pieces of equipment suck up earth and debris in record time.

Another advantage of vacuum excavation is damage limitation. That suction pipe limits the potential for damage compared to traditional excavators, so definitely check these out if you have a job that demands precise excavation.

If heavy digging is on the agenda for your home build, then a hydraulic shovel’s the way to go. These monster machines boast a supremely powerful engine and a huge bucket- two reasons they’re used in mining projects and other largescale construction work.

The hydraulic shovel on the front can lift almost anything, such as large rocks and heavy objects. Top tip: if you’re planning a smaller build, then these excavators are probably larger than you really need.

Rent the Best Excavators for Your Home

Excavators are ideal for homebuilders and contractors alike. Purpose-built to dig and move earth, they can flatten your land, demolish unwanted structures, and prepare your land for the building work to commence.

With any luck, the information in this article has shed light on the different types of excavators at your disposal! To gain more insight on this topic, search “home improvement” on the website now.

The Top 5 Qualities That Make a Person an Exceptional Leader