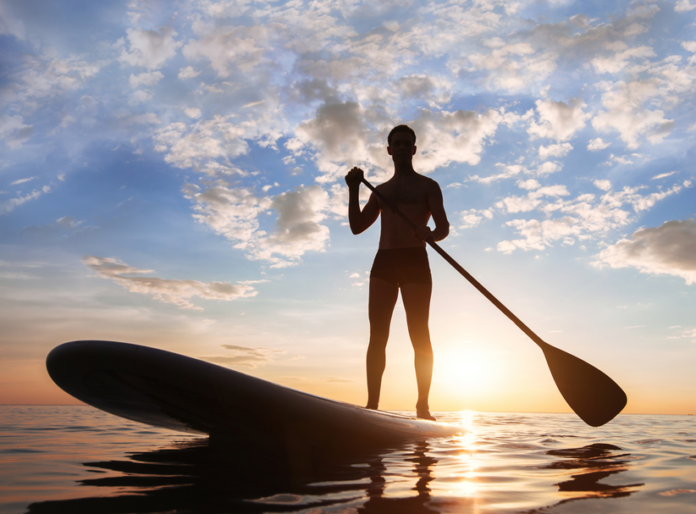 Recreational paddlesports are so hot right now. The paddleboard market alone is set to grow by $60 million between 2020 and 2024.

It’s not surprising why they’ve become so popular over the last couple of years. Thanks to the pandemic, people are putting their health and well-being first. They’re spending more time outdoors, and where can you go that is more calming than a serene lake?

Paddlesports offer all these benefits as well as endless hours of family fun. But which recreational paddle craft should you invest in? This guide lists all the features and differences between each one.

Paddleboards look like surfboards but that’s about all they have in common. You don’t need waves to propel a paddleboard forward and it’s better (and safer) that way! Lakes and calm coastal waters are best.

You can either lie or kneel on the board and move the board in a swimming motion. Or, you can use a single-bladed paddle and stand up while on the board. Stand-up paddleboarding (or SUP), in particular, is a very popular trend.

So, unlike canoes and kayaks, you have a choice of how you steer and position yourself on the vessel.

Wooden, blow-up, and foam paddleboards are all available. You can buy them in two hull shapes: planing or displacement.

Planing hulls are wide and have a round nose which makes them better for recreational paddleboarding and SUP yoga. Displacement hulls are better for racing, fitness, and touring.

The paddler sits in this particular recreational paddle craft and propels it forward using a double-bladed paddle. Whereas SUP and canoes use single-bladed paddles. But like paddleboards, you can buy either solid or blow-up kayaks.

Kayaks tend to be narrow with not a lot of space, though some kayaks have space for two paddlers to double the family fun. The cockpit has a cover so only the paddler is only visible from the waist up.

Canoes are more alike to kayaks than paddleboards, but there are still some different features. Canoes are light narrowboats and, unlike kayaks, the tops always remain open.

This is one reason why it’s better to use canoes on lakes and rivers. Water would soon enter a canoe in the sea!

One of the main differences when comparing canoe vs kayak is how the paddler positions themselves. In canoes, it’s more common for the paddler to kneel rather than sit in the vessel.

It’s also more common in canoes to have two paddlers. Each paddler uses a single-blade paddle on either side of the canoe to propel it forward.

Canoes are bigger than paddleboards and kayaks so there aren’t many blow-up versions. Wood is the most common canoe material.

Which Recreational Paddle Craft Is for You?

Now you know the key differences between the three main recreational paddlesports, you can decide which one is better for you.

If you want to paddle with a buddy, canoeing is the clear winner. If you like sitting down and enjoying the scenery in solitude, choose a kayak. But if you want a more versatile recreational paddle craft, pick a paddleboard.

You can increase your fitness and time outdoors with each one, so there’s no wrong answer.

Do you love picking up new hobbies? We have tons more ideas for you in the lifestyle section of our website!