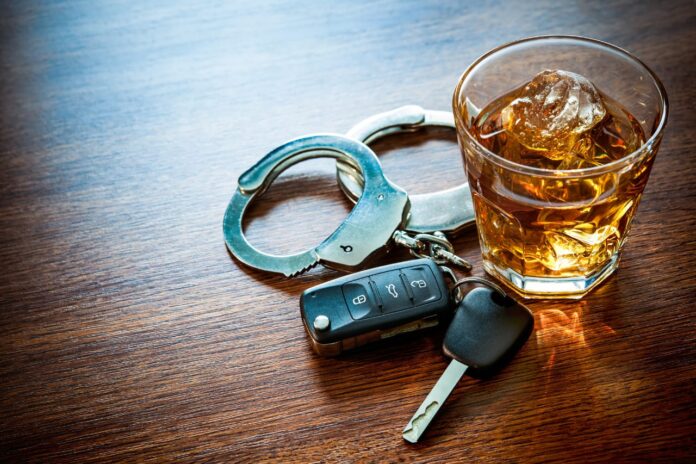 Every year, about 1.5 million people in the US are arrested for drunk driving. In most states, drunk driving attracts serious charges where first-time offenders could face between six months and a year in jail.

All drunk drinking offenses fall under two categories, driving under the influence(DUI) or driving while intoxicated(DWI). It’s hard for most people to distinguish between DUI vs DWI. This is a huge barrier for them to find legal reprieve against these charges.

While the differences between these two charges are a tad obscure, certain elements set the two apart. If you’re having trouble differentiating the two, worry not; we’re here to help. Today, we’ll be looking at what DUI and DWI charges are and what makes them different.

What Is a DUI?

DUI or driving under the influence is an offense that someone gets when they drive with alcohol in their bloodstream. The federal government limits the blood alcohol or BAC limit for driving at 0.08%. Different states have different BAC limits, with some limits being as low as 0.01%.

Exceeding the BAC limit while driving automatically lands a DUI charge. Most states allow officers to carry out a breathalyzer check to analyze a driver’s BAC content. In some cases, erratic driving behavior or a field sobriety test.

What Is a DWI?

Drivers get DWI charges when their driving is erratic and dangerous because of drug intoxication. In most states, you can get a DWI or DUI charge even if your BAC is below the limit. This happens when you fail the field sobriety test, meaning you’re unfit to drive.

Where you get your DUI or DWI charge plays a significant role in determining the severity of your charge. Some states have a zero-tolerance policy on drunk driving or driving while high on any drug.

The difference between DWI and DUI depends on the state in question. Some states use one term to describe driving while drunk and the other for driving while intoxicated from other drugs.

Other states use DWI to describe driving with a BAC above the stipulated limit. DUI is a charge you get for erratic driving even with a BAC below the state limit. For instance, if your BAC is below the limit, but fails the sobriety test, you get a DUI charge.

Which One Is Worse: DUI vs DWI?

In states that recognize DUI and DWI offenses as similar, either charge is just as bad as the other. However, in states where DWI and DUI charges are different, the former is a more serious charge.

Some states may be lenient to first-time DWI offenders and knock down their DWI charge to a DUI. However, a DUI charge is still a charge and has negative repercussions. Overturning the charge is very difficult, especially if you fail the field sobriety test.

What About OUI and OWI?

Both OUI and OWI encompass driving while drunk, however, the term “operating” denotes a lot more than just driving. This means you can attract any of the two charges even if you stop the car and turn off the engine.

Can You Get a DUI or DWI charge for Anything Other Than Alcohol?

If that’s the case, the officer might call in a drug recognition expert or DRE. The DRE will then conduct a series of tests to determine whether you’re under the influence of any drug. These tests are very comprehensive and conclusive.

If the DRE establishes that you’re indeed under the influence of a drug, you may face a DUI or DWI charge. The charge you get depends on the state where you faced arrest. Regardless of the state, it’s important to get a DWI lawyer to help you navigate the case.

What DUI Penalties Should I Expect?

States have different sentences and penalties for DUI charges. Drunk driving is a serious offense in most states, and offenders face dire consequences. However, most states are lenient with first-time offenders and will lower the charge to a misdemeanor.

That said, some states have minimum mandatory sentences on DUI and DWI charges. This means the law binds the judges over how much discretion they have over the penalties. That said, here are a few penalties you should expect following a DUI charge.

Imprisonment or jail time is one of the penalties you may face after a DUI charge. Most jurisdictions require a minimum jail term for DUI offenses. However, in most cases, you won’t receive a long-term sentence for a DUI conviction.

Most DUI convictions end in six-month or a one-year jail sentence. However, offenders with aggravated incidences may attract longer jail sentences. Aggravated instances are like unusually high BAC content or an accident resulting in serious bodily injuries.

First-time offenders usually get lighter sentences and may even go scot-free. However, repeat offenders will get the full extent of the law. If the DUI ends up killing someone, you may be looking at more than seven years in prison.

Most DUI convictions include education and training programs. These programs focus on teaching the importance of road safety and the dangers of drunk driving. They also assess for any drug-related issues or possibility of alcoholism.

In alcoholic cases, the court may advise enrollment in a rehabilitation program to break the alcohol habit. First-time offenders may get probation and education for their DUI offenses.

The DMV will likely suspend or revoke your license if the court convicts you for a DUI. For some cases, the court will issue a court order for your license suspension or revocation. The length of suspension varies from state to state.

That said, some states allow the use of a restricted license for the suspension period. This restricted license allows you to drive to work, school, or the hospital. The court may also have you install an Ignition Interlock Device on your vehicle.

Some states can legally revoke your license for a DUI conviction. This is especially true for repeat offenders with a terrible track record. Sometimes refusing to take the chemical test will result in instant license revocation regardless of whether your conviction passes.

Fines and Other Costs

Sometimes you may face a hefty fine for driving under the influence. Penalties for DUI can cost between $500 to $2000, depending on your state. This applies even to first-time offenses who’ve just exceeded the BAC limit.

Sometimes the court may ask you to install an ignition interlock device at your own expense. The device will have you blow into it to start. If the BAC is beyond a certain figure, the car won’t start.

The repercussions of your DUI charge could spill over to your insurance policy. Insurance providers will give DUI offenders higher premiums on their insurance. They also won’t allow any discounts that you previously qualified for.

In most states, DUI penalties are the same as DWI penalties. However, as mentioned earlier, DWI is a more serious charge for some states. As such, you should expect it to attract much stiffer penalties.

Tips to Avoid Drinking and Driving

The only sure-fire way to avoid a DUI and DWI charge is to avoid drinking and driving. Here are a couple of tips to help you do that.

If you know that you’re going to drink, don’t drive. It really is as simple as that. Also, make sure you’ve planned for a safe ride home before heading out. If it means giving a friend a lift home after the party, so be it.

Do Not Drink and Drive

Now that you know the difference between DUI vs DWI, drinking and driving should be the last thing on your mind. Doing so could put your life and other people’s lives at risk.

For more informative content, check out the other pieces on the site.