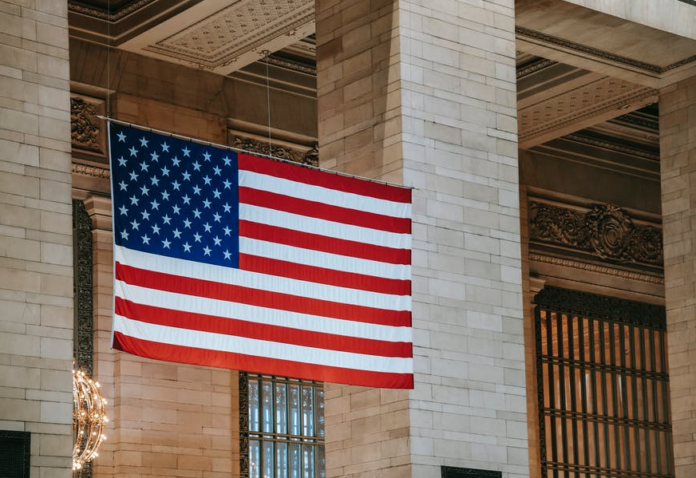 History is no mystery. Yet history mystifies many Americans. Two-thirds of Americans do not have enough knowledge of history to pass the US citizenship test.

How did Indigenous communities become established in the United States? When did the transatlantic slave trade surface? What conflicts has America become involved in?

Answer these questions and you can gain a great sense of American history. Here is your brief yet comprehensive timeline.

The timeline of American history begins thousands of years ago. North and South America were the last continents for humans to inhabit as they were far away. Ice bridges that ran between Asia and America allowed human beings to settle in America.

The oldest footprints found in North America are 13,000 years old. But people may have arrived earlier. It is unclear who the first people in America were and where exactly they lived.

As time went on, communities established themselves throughout America. The Woodland period occurred between 1000 BCE and 1000 CE. Communities built vibrant cultures, creating artworks and developing ways of hunting and farming.

The Mississippian culture emerged in 800 CE and lasted until Europeans arrived. The Mississippian people formed urban communities by constructing mounds and cities. They developed trade networks across the continent and social hierarchies, including chiefdoms.

The Arrival of the Europeans

Europeans became aware of the Americas during the 10th century. Norse settlers traveled across the Atlantic Ocean and spotted land. But they did not land in the United States, going to Greenland instead.

The Age of European Expansion began in the 15th century. European sailors looking to expand empires began sailing into the Atlantic Ocean. They first went south toward Africa and Asia.

Christopher Columbus decided to locate a westward path toward Asia. He landed in the Bahamas in 1492.

His landing led other explorers to travel west and explore the continents. Portuguese explorer Juan Ponce de Leon landed in Puerto Rico in 1508, the first explorer to land on US territories.

Establishment of the Transatlantic Slave Trade

Slavery predated the Age of European Expansion. But European expansion greatly fueled enslavement. As Europeans established communities throughout America, they needed labor forces to tend to the land and crops.

At first, Europeans attempted to use Indigenous people. But many of them were dying due to illnesses or using their knowledge of the land to escape.

Yet Africans were immune to European viruses due to their previous interactions. Enslaved Africans arrived in Puerto Rico in 1513. Some were then brought to the continental United States in 1526.

Yet it took time for the slave trade to begin in earnest. Black people were gradually stripped of their liberties over the century. By 1700, they had few rights.

Black people were not passive. They fought against European enslavers and organized for their rights. Their resistance continued throughout the slavery era.

The Thirteen Colonies were established across the 17th century. English colonists pushed Indigenous communities off their homelands and expanded outward.

The early years for colonists were difficult. Many died due to the harsh elements and starvation. They eventually survived by growing crops and sending them back to England for money.

The Thirteen Colonies slowly developed a unified and independent spirit. They joined together to defend themselves against French and Dutch settlers.

The French and Indian War took place between 1754 and 1763. The war was extremely costly, so the British Empire imposed heavy taxes on the colonies.

The colonists resisted what they saw as government intrusion. Tensions mounted until the Revolutionary War started in 1775.

The British had more manpower. But the long distance between the colonies and England impeded the distribution of resources.

Americans were able to call upon France for help, which gave the Americans the advantage. In 1783, Americans drafted a treaty with Britain, giving them independence.

The early United States presidents cut their teeth during the Revolutionary War. George Washington was commander in chief of the American army. John Adams and Thomas Jefferson amongst others served as diplomats and political strategists.

As the War of Independence took place, the Americans developed their own government. The Continental Congress drafted the Articles of Confederation, giving almost no power to the federal government. This system proved ineffective, in large part because none of the colonies paid taxes.

One important debate was over slavery. Some wanted to abolish the slave trade while others wanted to strengthen it.

The delegates reached a compromise. Congress would have the ability to abolish the slave trade, but not slavery altogether.

The Constitution came into effect on March 4, 1789. George Washington became the first president on April 30.

Americans noticed that the Constitution did not protect personal freedoms. Congress passed the Bill of Rights in 1791, creating ten amendments that gave Americans rights.

Westward expansion began as soon as the country was founded. Conflicts between American settlers and Indigenous fighters were fierce and violent.

Many Indigenous activists characterize this time as being one of “gold, greed and genocide.” Events like the California Gold Rush killed thousands of Indigenous people.

As America expanded west, slavery also began to expand. Yet the North was becoming opposed to slavery. The Second Great Awakening between 1800 and 1840 inspired religious fervor that was abolitionist in nature.

During the 1850s, a fierce debate occurred over the state of Kansas. Abolitionists fought to outlaw slavery there while slaveowners wanted to maintain it. Skirmishes between the two sides caused dozens of casualties.

The election of anti-slavery candidate Abraham Lincoln in 1860 inspired several states to secede from the Union. The Civil War ensued, creating four years of bloodshed across the United States.

The Union won and slavery was outlawed in 1865. But white supremacists led terror campaigns against the freed Black population.

Northern lawmakers were reluctant to pass authoritative laws on behalf of people of color. By 1876, they ceased their active efforts to help.

The United States soon began to expand outside the continent. They pushed west into the Phillippines and Asia, causing several military conflicts.

In 1914, World War I broke out in Europe. America tried to stay neutral, but they were dragged into the conflict after Germany initiated submarine warfare. Hundreds of thousands of Americans went abroad, with tens of thousands dying.

The war gave America leverage on the world stage. This leverage increased when World War II broke out, with the United States playing a major role in the conflict. Americans created numerous technological advancements, including the atomic bomb.

African Americans resisted all attempts to limit their civil rights. They ran for office, organized colleges and universities, and fought against terrorist groups like the Ku Klux Klan.

Many African Americans served in the American armed forces. Their bravery inspired Harry Truman to desegregate the army in 1948.

In 1954, Brown v. Board of Education overturned Plessy, ruling that segregation in education was illegal. This allowed African-American activists to push for further civil liberties.

A series of civil rights laws were passed during the 1950s and 1960s. These laws gave African Americans full rights to vote, find housing, and marry. Jim Crow laws were peeled back, though de facto segregation remained.

The movement inspired similar movements for other disadvantaged groups. Indigenous Americans organized protests and occupied federal buildings to raise awareness of their rights. Black and Indigenous Americans worked together at several protests, including the 1963 March on Washington.

The movement ended in 1968 due to internal divisions and the deaths of major leaders like Martin Luther King. But civil rights activists continue to push for social justice today.

The transatlantic slave trade started in the 16th century. Yet Black people resisted attempts to sell them into slavery.

The 18th and 19th centuries were difficult for America, as they endured major conflicts. Wars during the 20th century built credibility for America abroad. But it was the civil rights movement that began creating true equity for Americans.