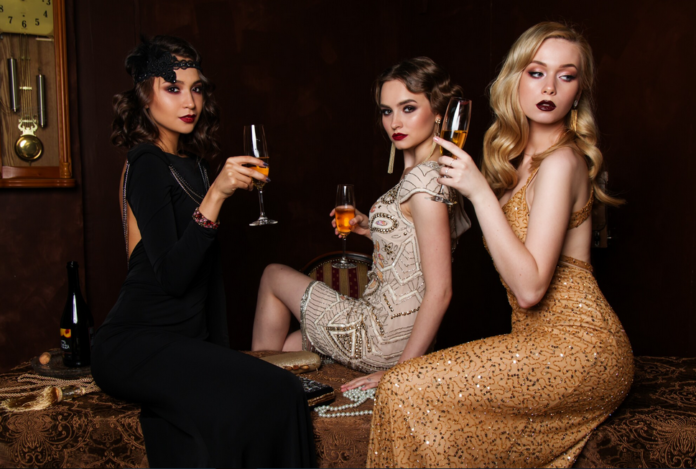 Lights. Camera. Do you dream of hearing those movie magic words on the set of a real-life television or film? But, you just don’t know how to get your chance to work on set?

Extras, known in the entertainment industry as background performers, are an essential part of any movie or show. This means there’s plenty of work to go around! And if you’re looking to get into acting as a career, it’s a great way to learn the ins and outs of being on set.

Keep reading for our breakdown on all things movie extras, including how to become a movie extra yourself! ACTION!

What Does A Movie Extra Do?

Did you think the crowds at sporting events or on city streets in film and television were real people? Those are all movie extras! Extras fill in the background of scenes to create a realistic atmosphere.

As an extra, the film production team will direct you on where to stand, sit, or how to act while the camera is rolling. It requires very little acting skills, so anyone can do it! Even with very little experience, you can find yourself on the sets of some of the biggest movies and TV shows around.

It’s important to note that you won’t speak any lines as a background performer. But in the entertainment industry, you’ve gotta start somewhere! And if you love being a movie extra enough, you can even make your living solely on background work like other performers already have done.

How to Become A Movie Extra

So, spending your days on a film set rather than working a 9-5 desk job sounds sweet to you! But how do people become extras, and where can you find work? Let’s take a step-by-step look at finding work as a background performer.

If you live in a major market for film and television such as LA or Atlanta, you’ll want to register with an extras agency. Agencies are hired by production companies to find and cast background performers for their projects. Once you’re registered with the agency, they’ll reach out when they’re looking to fill a job.

Apply to a few agencies to start so you have ample job opportunities. Make sure to build a good reputation by communicating clearly about your availability and being punctual for your jobs. Background actors are aplenty, so one missed call time to a set, and an agency is unlikely to work with you again.

You can also sometimes find casting calls posted by production companies such as Pitch White Entertainment. Casting agencies can also share their own open calls for background work. Do your own research with a quick Google search for “Background casting agencies in (insert your city here).”

Get Your Headshot Ready

To register at an extra agency or submit for a job, you’re going to need a quality photo of your face, known as a headshot. When starting out, a clear photo of you is sometimes acceptable in lieu of professional headshots. And for some jobs, they’ll ask for a full-length body shot as well.

Once you gain more experience, consider upgrading to professional-grade headshots. A headshot is your marketing tool, where you are the product. A quality headshot can be the difference between a few and many job opportunities!

When you’re just starting out as a background actor, you’re only qualified for non-union jobs that pay a cash rate. But, doing background work can count towards joining the union, known as SAG-AFTRA. Once you join the union, you’ll get paid a higher, union-standard rate and be eligible for other protections and benefits.

Joining SAG-AFTRA not only makes you more money as an extra. It’s also a great step towards booking acting jobs with speaking parts if you’re interested in moving on up!

The Lifestyle of Movie Extras

Do you think you’re headed for a world of only Hollywood glitz and glamour? If you’re ready to work as a movie extra, you should understand the not-so-glamorous parts of this fun job too. Expect long days, possible overnight shoots, and lots of waiting around until you’re needed.

Once you book a job, you’ll receive a call time to show up on set. Make sure to arrive early to get your bearings and look punctual. Next, you’ll move to the wardrobe department where you’ll either change into the clothes you brought or into a costume provided by wardrobe.

You’ll then get moved to the holding area where you’ll wait for further instruction from the production staff. Be prepared with a book or hobby to help pass the time, but you can be called upon at any moment!

Once you’re on set, you may have to repeat the same actions many times until the director gets all the shots needed.

The days can be long and grueling, but there are some benefits, like getting a free meal at lunchtime and mingling with other extras. Once the day is over, you’ll change out of costume and sign out with the production staff so they can make sure you get paid!

For background work, be prepared to come to set “camera-ready” with hair and makeup done, and remember to remain quiet on set at all times. Also, don’t feel like you have to rely on an agency to find jobs. You can also search for your own on Breakdown sites like Extras Access!

Get Your Acting Career Started as an Extra

Now that you know how to become a movie extra, you’re ready to start making money and gain experience! It’s one of the best ways to learn the inner workings of a set, so you’re prepared once you decide to step into the spotlight in larger acting roles.

For the best in entertainment news and tips, check out the other articles on the blog!