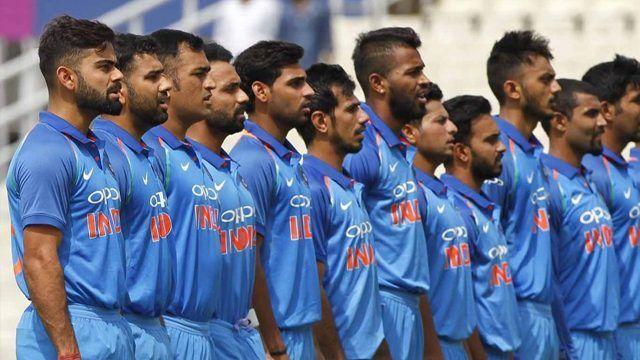 Their attitude has always been of a winner when they venture out in the open to compete in a game. And it is what has been the composure of the Team led by the talented and aggressive Virat Kohli over the last few years.

If you exclude some losses over the years (which were monumental though) such as the Champions Trophy Final Vs Pakistan, World Cup Semi Final heartbreak and recently 0-3 and later 0-2 drubbing in T20 and Test Series vs the Black Caps, the Team has performed brilliantly.

The world of Cricket has seen stalls all across owing to the outbreak of the Novel Coronavirus (COVID-19). But the Pandemic has not yet been able to affect the ICC Twenty20 World Cup that is scheduled to be held in Australia in October-November.

The Indian Cricket Team is already looking one of the best to clinch the Cup, and that’s what many Dream11 match prediction of Experts may also state India as the Champs.

However, when India lost to West Indies in the 2016 T20 World Title, a lot of questions were asked on its ability to win matches. It was also a game when most of the Dream 11 predictions went for a Toss as a lot of users had opted Indian players performing well.

But a lot of water has passed till then, and India has worked on its weaknesses with major ones being unable to groom a genuine all-rounder in the squad.

Dream11 prediction – Alternatives that India have for the T20 World Cup

If you look around the current mix of players in the playing XI of India, then you will come to know that there may be 2 slots max for all-rounders left. Batting order looks sorted till number 5, but all-rounders can be fixed either at 6.7 or 8. Here are the options that India can look up to

Hardik Pandya has been one of the most improved of the players in the last 2 years and is he among the best all-rounders in the world. He is known for his immense hitting ability and can score quick runs when needed in the lower order, in the death overs. The other thing in this favor is his ability to bowling accurately, containing runs and taking wickets. He can bowl with the pace with the speed of over 140 clicks per hour. He could well be the trump card of India if India wants to pick up the T20 World Cup for the 2nd time. Nobody would like not to have him while making the Dream11 predictions while play Fantasy Cricket as he is an able choice for the Captain’s role in a virtual Team.

There have never been doubts on the bowling capability of Ravindra Jadeja; he has often been criticized for some irresponsible and reckless batting. He surely has his batting talent to rotate the strike, hit it out of the park and even play an anchor’s role. But the sad thing has been that he has not been able to turn his talent into numbers. He has been scoring pretty decently in the ODIs, and an average of 31.89 can vouch for it. But he should be looking to score freely in T20s and may be considered as India’s 2nd all-rounder in the mix. Ravindra Jadeja is one all-rounder that every Dream11 prediction expert would love to have him in the scheme of things in his/her virtual Team.

Shivam Dube is the newest kid on the block and India has already tried him during the home Series early in 2020 to see if he can fit in the mix in the T20 World Cup squad. Dube has in him to smack balls out of the park and even bowl medium pace. He has the talent for everyone to see, but he has not been able to convert his skills into numbers. He has played 12 games so far and managed to score 105 runs and taken 5 wickets.

Dream11 match prediction – Who will be making it to the Indian Cricket Team?

While we will consider Hardik Pandya as the first choice of being an all-rounder playing the final XI of the Indian Team in the T20 World Cup, even Jadeja may find a spot. However, we don’t see Shivam Dube yet finding a place in the side, and he is more or less expected to miss out. We will consider Shivam lucky if he breaks even in the top 15 probable of the Team.

The Fundamentals of Sports Betting

Which NBA Powerhouses Can Win the NBA Championship?

EMF Exposure Symptoms and How to Get Rid of Them

Ready, Aim, Fire: This Is Why You Should Use a Golf...