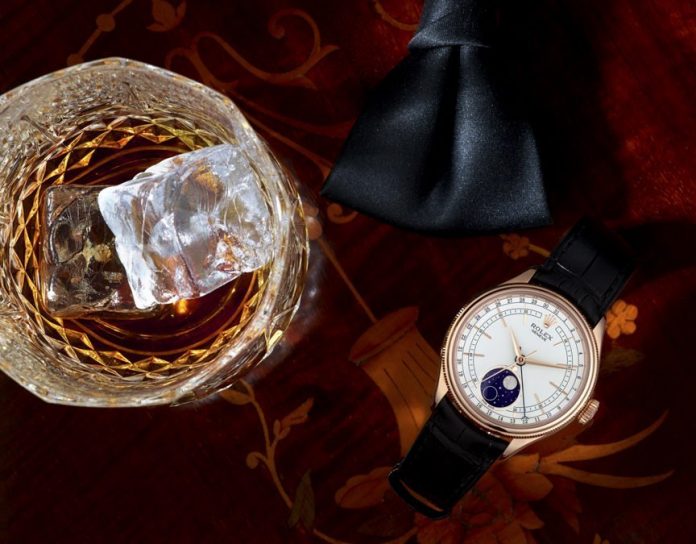 Rolex Cellini has long been admired by those who appreciate the refined and elegant lines’ subtle magnificence and sober classicism. The Cellini Collection is a far cry from Rolex’s sportier models. It is a watch designed for those who prefer to take the “path less traveled” and believe that less is more. It was named after Benvenuto Cellini (1500-1571), a celebrated Florentine Renaissance sculptor, musician, and goldsmith. The Cellini manages to perceive the past in perfect harmony with the present, with its aesthetics referring to what is known as the “Golden Section,” a concept similar to the Divine Proportion that expresses in mathematics a design that is particularly pleasing to the eye.

The said collection combines the best of Rolex expertise and perfectionist standards with an approach that elevates watchmaking heritage in its most timeless form. Cellini models have lucid and polished lines, noble materials, and luxurious finishings: every detail adheres to the codes of the art of craftsmanship. The Cellini collection is separated into four models: the Cellini Time, the Cellini Date, the Cellini Dual Time, and the Cellini Moonphase.

When someone starts talking about the Rolex Cellini price, you can bet that the figures will be high, even for a preowned Rolex. That is to be expected for high-end Swiss watches, and it is an unquestionable fact when it comes to Rolex dress watches. The band expanded the Cellini line in the next few decades, with models ranging from the eight-sided Cellini Octagon and the asymmetrical Cellini Midas to the cushion-shaped Danaos and the Art Deco-inspired Prince. Irrespective of the watch silhouette, all Cellini watches are made of precious metals – usually gold but occasionally platinum.

The Cellini Time is available with a white or black dial, both with oversized Roman numerals at the four poles and long baton-style hour markers separated by the inner minute track. The automatic and chronometer-rated Caliber 3132 movement is housed within the watch.

The dials of the Rolex Cellini Date are embellished with a traditional guilloché technique, which results in lines radiating from the center out to the periphery. Rolex offers a wonderful blue dial version of the Cellini Date, complete with a coordinating blue leather strap, in addition to subtle dial color options like black or silver. The Caliber 3165 automatic movement powers the Cellini Date.

The Rolex Cellini Dual Time watch enables the wearer to read two time zones at the same time. The company has included a day/night indicator in the form of a sun or a moon appearing in a small window within the secondary time zone sub-dial because the second time zone display follows a 12-hour format rather than a 24-hour format.

The Cellini Moonphase, like all Cellini watches, has a 39mm case but is only available in 18k Everose gold. As a result, there is only one version, the Cellini Moonphase reference 50535. The watch has a white lacquer dial and a blue hand with a crescent moon tip pointing to the numbers around the circumference of the dial to display the date. At 6 o’clock, a blue enameled disc displays the current moon phase of the lunar cycle, with the moon itself represented by a small meteorite disc. The self-winding Caliber 3195 is housed within the Cellini Moonphase.

The Rolex Cellini should be praised for its polished versatility due to its elegance and sheer modernity. It is entirely up to you whether or not you want to add a Cellini to your collection. That being said, it is undeniable that the Cellini is the brand’s most elegant and refined line of timepieces and one that provides exceptional value for money, particularly when purchased on the used market.

Then again, we hope that the next time you see a Cellini timepiece, you will take a second look and recognize it as more than just a dress watch, but as an important part of Rolex’s history and brand identity.

The Cellini is a classic-styled watch that should be on your list of watches to add to your collection, especially if you have a less-is-more fashion sense. The Cellini, dubbed the “tuxedo” of Rolex models, is a true dress watch with a sleek, elegant appearance. If you already have a Submariner, Daytona, or another Rolex flagship watch, consider the Cellini for special occasions that require sophisticated style.

How to Mix and Match Different Colors for Your Bridesmaids