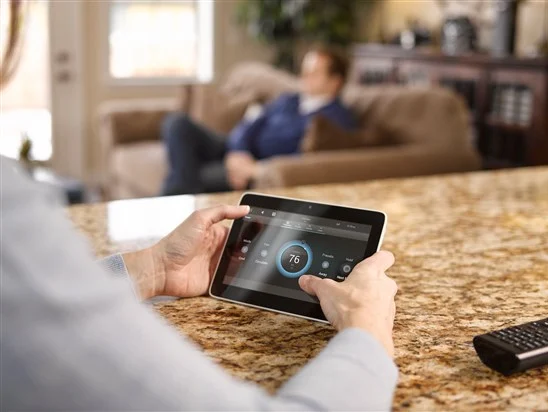 With summer coming to an end, relief takes hold of households that have left their homes for a long time. This return marks a reduction in the risk of burglary since families are often at home during this period of redevelopment, procedures and return to school. However, taking a tour of your video surveillance system is necessary. After your long absence, and even if there are no incidents to report.

Essential that you check if your video surveillance system works as when you left:

Check the appearance of your cameras

All it takes is a bit too unusual a breeze, or a wind coming from a different direction, for the glass of one of your cameras to start to polish and see its image quality reduced. So go around your optics to detect a crack, broken or worn glass.

Check the memory of your recorder

Your recorder will have worked during all your absence if it is not equipped with a motion detector. If, on the contrary, it has this type of accessory, a “natural” movement could have triggered it and therefore made it work during your absence. You must therefore ensure that your recorder still has memory.

Whether your cameras are connected by wire or by wireless connection, you must imperatively ensure the state of these links as soon as you return. Mechanical wear of the wires or wear due to the presence of rodents or humidity can destroy a cable in a few weeks. If one of your cameras has moved, chances are that the wireless connections have deteriorated.

Check the field of your cameras

The cameras are not static. A strong wind or an unintentional movement can move the field. Your cameras end up filming something different. It is important to check that your cameras have not moved and that they are filming what you want them to film.

How to monitor a jewelry store?

Among the stores offering high-value goods, jewelry stores are undoubtedly the most targeted businesses. Fairly uncrowned, often small in size and managed by a fairly small number of people, they are the targets of robbers who see an added value at the risk they take, considerable. Therefore, jewelry stores are very guarded and very protected places. However, many of these businesses continue to be attacked, sometimes due to inadequate protection and video surveillance.

Install a large number of cameras

The robbers do not hesitate to prepare their robberies by destroying the video surveillance cameras that protect the stores, before they take action. The more cameras you have and the stronger and more protected they are, the more difficult it is for them to vandalize them. A large number of cameras also has a strong deterrent effect, even for professional robbers.

Home alarm systems has an undeniable deterrent effect. Strident, they draw the attention of the whole neighborhood to the malicious act committed. So be sure to install the loudest and most shrill as possible, the noise is so deafening that it causes some pain and that it is sometimes enough to scare away the robbers who can no longer communicate.

The police have lists of shops and homes to watch first. The fact that your jewelry is listed there can save precious seconds for the police during an intervention for a possible robbery.

Install a camera outside

Cameras located outside homes or businesses are often associated with public surveillance by the police, not private. This has a dissuasive effect since it may suggest that the sector in question is a sensitive sector, very monitored.

How to monitor a clothing store?

There are many clothing stores located in very different neighborhoods. Of all types, their configurations are different and spread over a more or less large area and sometimes on several levels. The very frequentation of these stores makes monitoring these types of businesses very difficult. Indeed, it is not easy to prevent theft, robberies and burglaries in a crowded space, where the slightest problem would make hundreds of customers uncomfortable. How then, watch a clothing store?

In a clothing store, customers want to feel comfortable and not be oppressed by anything. Sometimes spending several hours there, they appreciate a quiet atmosphere and an intimate and musical atmosphere. The cameras that you install there must be discreet and in no case disturb customers.

During sales or simply during peak hours in your store, you must be able to see in detail what is going on the shelves, so that, if necessary, you can detect a case of malice as quickly as possible.

Invest in a high-performance alarm system

Your store’s alarm system must be reliable and effective. The alarm that will sound in the event of theft is very impressive. The fact that your store is very crowded will further deter potential thieves.

There are quite a few robberies or robberies in clothing stores. Keeping an eye on your cash registers will however allow you to prevent your cashiers from being bothered. Assaults are indeed common and are a real problem for your activities. Driving customers away, they create an atmosphere harmful to the image of your store. Your employees must therefore be visibly and deterrent protected.

How to assess the vulnerability of your store to robberies?

Stores are increasingly subject to the risk of robbery, theft and burglary. Home to high-value goods and cash, these are gold mines for criminals who can take advantage of the necessary opening of the door during the day to welcome customers. Not all stores are as vulnerable as each other. The type of store is of course the first criterion, but more practical aspects are also taken into account.

The size of your glass facade

The windows are critical points regarding access to the interior of your store. The larger it is, the more vulnerable it is. Indeed, if you sell expensive and precious products, a large window will allow you to use a ram car during a theft, while the small, more solid windows, allow only physical attacks on the part of criminals.

The layout of the premises in front of your store

In front of your store, the layout of the premises has an important role in terms of its vulnerability. Indeed, a narrow sidewalk on a street with high traffic makes it easier to stop a vehicle to load the goods stolen during a burglary. If your store is located on a pedestrian street, at the end of a pedestrian square or behind a wide sidewalk, it is more difficult to point it.

The number of entry points

Stores that have multiple facades facing the street or that overlook multiple streets have an undeniable advantage in terms of the attraction they have for passers-by and customers. This advantage however becomes a disadvantage when it is targeted by a robbery.

The number of employees

If you employ a large number of employees, you multiply the chances that one of them will make a mistake in the closing of the store in the evening for example. Small shops served by changing and inexperienced staff are therefore often targeted by robbers and thieves.