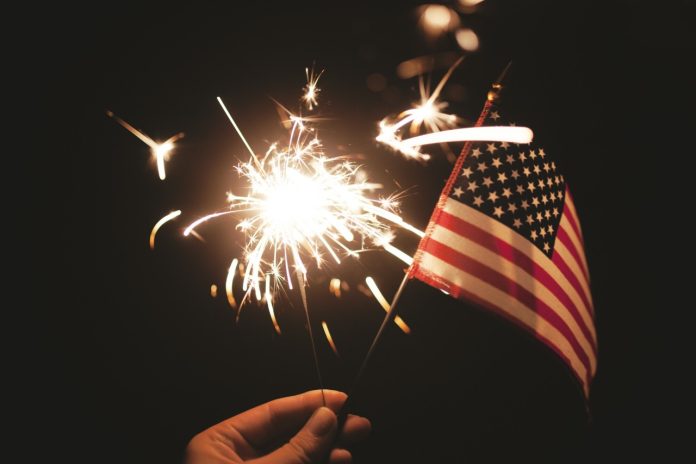 The United States of America takes in more immigrants than any other country on earth. In fact, one-fifth of the world’s migrants live in the United States.

There are all kinds of reasons why people move to the land of liberty. You might be moving to the US for a job, a loved one, or to get a fresh start on life. The country was built by immigrants and is extremely welcoming to people of all walks of life.

But what are the top reasons why someone would move to the United States? And is moving to the USA right for you?

These are all great questions. And we’ve got the answer that you’re looking for. So keep on reading and we’ll take you through the top reasons that you need to know about!

Nobody believes in hard work like Americans. This is what the “American dream” is all about.

America is known as the land of opportunity because practically everyone believes that they can accomplish their dreams if they work hard enough. Other countries have a history of keeping people in the classes that they were born into. This is not the case in the United States.

Contrary to popular belief, America is one of the least racist countries on earth. Many Americans are happy to have people of all nationalities as their neighbors and are willing to support those in their own communities.

Hospitals are well-funded and follow strict regulations to ensure safety and care.

The cost of healthcare in the United States is something that worries a lot of citizens and new immigrants. However, there are government programs to help out those who can’t afford healthcare and many employers will also provide health insurance to their workers as part of a benefits package.

If you are a student, or you have children, then you should definitely consider moving to the United States. The country has some of the best schools around. You can send your child to a public school, a private school, or to a school that follows the International Baccalaureate curriculum.

And when it comes to colleges, the Study in USA is second to none. You can find a college out there for every kind of person. Whether you want a small school with a few dozen students or a big school with tens of thousands, you’ll find the college of your dreams.

According to US News & World Report, four out of the five best colleges in the world are all located in the United States

The United States is the wealthiest country in the world and has the highest GDP (gross domestic product). In fact, if just the states of California were its own country, it would have the fifth largest economy in the world.

The US dollar is the primary reserve currency in the world and is extremely stable. All other currencies are measured against the dollar.

America is also a very affordable place to live and has all of the conveniences and creature comforts that a person could want. Americans don’t run out of food or consumer staples. Many businesses stay open all day and night and you are sure to find goods of all kinds at affordable prices.

As we already mentioned, hard work is ingrained in the American psyche. Americans take pride in their work the country has relatively low unemployment. Their workforce is extremely productive and they supply the rest of the world with many essential goods and services.

Employers in America want to hire the best workers that they can find. And they are usually more than to hire immigrants who show hard work and determination.

Once you are hired by an American employer, they can help you with the visa process. You will then get to enjoy job satisfaction and security. You can also utilize the USA Green Card Lottery application.

Many immigrants also start their own small businesses to great success. In fact, a lot of the world’s most successful companies were founded by people who immigrated to the United States.

These companies include AT&T, Google, Kraft, Tesla, Pfizer, and Panda Express. And we can’t forget to mention that both Apple and Amazon were founded by the children of immigrants.

One thing that most Americans don’t even realize is just how much space there is in the United States. Most people live in big cities that are congested and full of highways and skyscrapers.

However, practically everyone who drives from one coast to the other is absolutely amazed by how much open space there is in this country. And the states themselves are huge. States like Alaska and Texas are bigger than most countries.

In fact, even the smaller states are bigger than a lot of countries out there. This means that American citizens get to enjoy a lot more living space than most other people.

There is also a lot of big and cheap land out there if you are ever taken by the pioneering spirit.

As we mentioned in our previous reason, the United States is absolutely breathtaking. This is something that many Americans take for granted. Thanks to the national and state park systems, you can explore thousands of miles of nature and beauty year-round.

You can find huge lakes, rugged mountains for skiing, beautiful beaches, and marshy swampland. There is so much to explore in the United States that you are sure to be kept busy and constantly amazed.

The ecosystem and animal diversity in the United States is also something that should be appreciated.

Not only does the United States have diverse terrain but it has diverse weather. Do you like having all four seasons? Then you should consider living in the northeast.

Is a tropical climate more your speed? Then you’d probably love living in sunny Florida.

Yes, America does have its own cuisine. While country omelets and hamburgers are great, what’s really great about eating in America is trying all of the food that immigrants have brought over.

You can probably walk down any major street in America and find high-quality pizza, Chinese food, sushi, tacos, and more. Even small towns are going to have delicious and affordable food.

This is a country that takes pride in the food that it produces. For example, most countries pay very little attention to breakfast. But in America, it is seen as the most important meal of the day.

Thanks to the highway system and dozens of international airports, it’s incredibly easy to travel around the United States. You can also go from the bustling New York City to a small and quiet town by train in less than an hour. This is part of what makes the United States so wonderful to live in.

Not to mention the easy access to the Caribbean, Canada, and Latin America that Americans enjoy.

Hopefully, after reading the above article, you now understand the many different reasons why you should move to the United States. Americans have a lot of pride and many consider it to be the greatest country in the world. If you are looking for a country that is safe, fun, and full of opportunity, then you should definitely consider joining the land of the free.

Are you looking for other educational and fun content like this? Check out the rest of our blog for more!