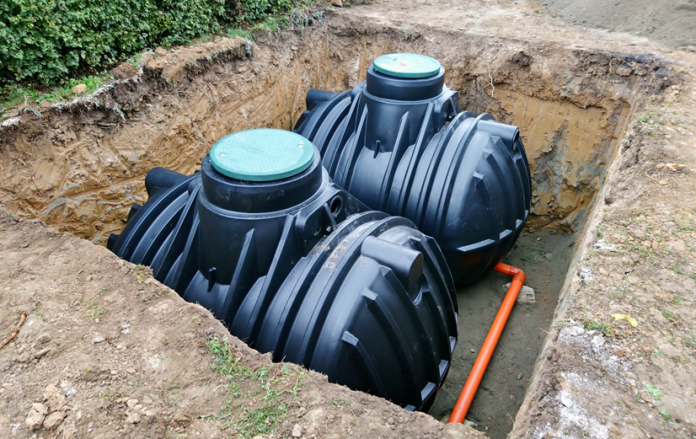 Most people living in rural areas aren’t lucky to get a sufficient municipal water supply. Instead, they greatly rely on rain to receive that essential commodity to meet their domestic needs. They collect rainwater and store it in tanks. Water tanks are excellent technology items for storing clean water around homes, companies, and factories.

Water tanks are made from different materials, such as plastic, fiberglass, steel, or a combination of two or more of these materials. They also come in different sizes, depending on the consumption rate of the residential or commercial building they supply. Water tanks can be installed either underground, above the ground, or within a basement. Most plastic tanks, such as the R2720 model and other modern models, are installed above the ground; thus, they cost less to maintain.

Understanding the different types of tanks will help you to make a wise buying decision. You’ll also save on costs if you obtain the right type of tank.

Here are the different types of tanks you need to know of:

Most commercial underground tanks are of glass-reinforced plastic construction, which helps them resist corrosion. They’re easy to handle and come in almost all sizes. You can get a commercial tank holding even up to 100,000 liters. Anything beyond this becomes a challenge to transport, and if you require water of a greater volume, then two or more tanks can be linked together.

Generally, underground domestic tanks range somewhere between 1,000 and 6,000 liters. They usually come in two shapes: submarine-shaped or box-shaped. Most plastic box-shaped underground tanks are cheap to install because they require a shallow excavation; thus, you’ll save on labor costs. Submarine-shaped tanks, on the one hand, are made of either a glass-reinforced material, plastic, or polyethylene, and they don’t rust.

Glass-reinforced plastic tanks are made in different ways and come in different sizes. On the other hand, polythene tanks come in fixed sizes since they’re made from a mold and can’t be made to any size of your choice.

To comply with the British government’s standard, all underground water tanks must be fitted with an anti-backflow device that prevents any liquid from flowing back into the tank.

These types of tanks come in a wide range of styles, sizes, and shapes. They go from simple, plain models to complex decorative models that feature fun designs. Most of them are box-shaped or cylindrical-shaped, making it easier to install them against a fence or a wall. Plain models aren’t much attractive, but they’re simple to install since they only require a leveled ground.

If you have a small garden, you’ll require a tank that holds a few hundred liters of water. But, if your garden is large, you’ll need a tank that holds several thousand liters. Large agricultural plantations may also use the aboveground tanks, but these should be on a large scale.

Aboveground water tanks are simple to install since they don’t require a lot of plumbing. They’re also easy to link to the rainwater harvesting pipes

Most people use underground tanks to harvest water for domestic use, but there’s also a need to install the tank above the ground to avoid pumping costs. Upright polyethylene tanks are also mostly used, and they come in different sizes. They’re also simple to install, thus, allowing you to save on installation costs, plus they only require a solid base level to sit on.

For most regions, frost is a risk to the aboveground tanks, especially if they have submarine pumps.  The water in the tank can freeze, thus, damaging the pump or other tank components, or even the tank itself. It’s for that reason why you should adequately insulate your tank.

Clean water is vital, but it’s a fast-depleting resource, and conserving it is important. Using a tank to collect and hold water will alleviate the water supply shortage, and you’ll never worry about going without water. At all times of the year, water tanks can be a savior. You can use rainwater for domestic purposes, as well as watering your garden.

Depending on your tank’s size and your household’s consumption rate, your tank can have the capacity to hold water for months or years. This means that you don’t have to limit your water usage. In addition to that, you won’t have to abide by the water usage restrictions in your area.

For the most convenient experience, consider your water requirements and buy a type of tank that’ll serve your household the best way possible.